You are here: Home / Archives for judiciary

Justice Robin Camp is now facing discipline from the Canadian Judicial Council for sexist remarks he made during a sexual assault trial in Alberta. But this high-profile case also raises a much broader issue: How should our outdated judicial discipline system be realigned to fit contemporary values … END_OF_DOCUMENT_TOKEN_TO_BE_REPLACED 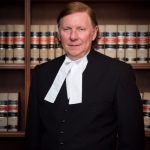