A Website of The Centre for Public Legal Education Alberta
You are here: Home / Feature Articles / 37-1: Law and Taxes / Taxation and the Criminal Law: Tips for Accounting Professionals & Legal Advisors
Reading Time: 6 minutes 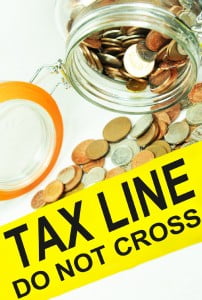 At first glance, one might think that tax law and criminal law are mutually exclusive areas of practice. Taxation largely deals with the application of the Income Tax Act (“ITA”) and Excise Tax Act (“ETA”) to financial transactions entered into by individuals, corporations, trusts, and others (referred to collectively herein as “Taxpayers”) and whether those transactions result in tax becoming due by the Taxpayer to the Minister of National Revenue (the “Minister”). A tax lawyer is required to rationalize this complex legislation to debits, credits, and other accounting functions, all of which are closely scrutinized. Those who do not specialize in taxation would probably find much of what we do to be a highly technical game of intellectual chess with the keepers of the public purse; the Canada Revenue Agency (“CRA”).

Criminal law, on the other hand, has all the excitement and intrigue of a Hollywood film. As aptly stated in Law and Order: “In the criminal justice system, the people are represented by two separate yet equally important groups: the police, who investigate crime; and the [Crown Prosecutors], who prosecute the offenders. These are their stories.” However, there is a very specialized area where the criminal law and tax law intersect; namely, the investigation and prosecution of tax evasion cases.

As one of the few lawyers who practices in both areas, I will review (very generally) the investigative process and some of the issues presented when I am defending taxpayers charged with offences under the ITA and ETA. I will also leave you with some tips for advising taxpayers and other professional advisors who may come into contact with the highly skilled teams tasked with investigating and prosecuting these offences: the Enforcement Division of the Canada Revenue Agency (“CRA Special Investigations Unit”) and the Public Prosecution Service of Canada’s Economic Crime Unit (the “PPSC”).

In order to understand how CRA Special Investigations Unit brings its focus and significant resources to bear on a taxpayer who has engaged in “alleged” illegal conduct, one must first understand the regulatory environment governing taxation. For ease of explanation, I will only focus on the ITA and evasion of income tax.

The Canadian income tax system is one of self-assessment. Under the ITA, every corporation and every taxable individual, estate or trust is required by law to file an annual return of income in prescribed form and to determine the taxes payable for the year. After initial processing and correction of obvious errors made in completing the return, the return may be selected for audit and thus subject to a detailed examination.

The ITA requires taxpayers to keep such records and books of account as are required to determine their taxes payable, and authorizes the CRA to audit these records for any purpose related to the enforcement or administration of the ITA. The ITA further authorizes the Department to inspect, audit, or examine the books and records of a taxpayer and any document of the taxpayer that relates, or may relate, to an amount payable under the ITA.

Typically, an offence is identified during the course of a CRA audit as a result of information gathered by the auditor. Since no right to privacy generally attaches to business records which are required to be kept under the ITA, and since the ITA specifically sets out a regulatory regime which permits audits, an individual’s Charter rights do not generally apply to audit activities undertaken by the CRA. This means that the taxpayer’s right to remain silent, freedom from self incrimination, and right to be free from unreasonable search and seizure are not engaged during the course of the audit. The taxpayer is required by law to assist the auditor, at all reasonable times, for any purpose relating to administration or enforcement of the Act (see ITA 231 to 231.7 which sets out the general audit powers). That being said, there can be a point where the auditor’s function turns from administration or enforcement of the regulatory provisions of the Act to a criminal investigation. In R. v. Jarvis, [2002] 3 S.C.R. 757 (S.C.C.) the Supreme Court identified the “predominate purpose test” which sets out the factors to consider in determining whether the purpose of the inquiry is the administration or enforcement of the Act, or the determination of penal liability (liability that arises out of breaking a law or committing a criminal act). Where the predominant purpose of an inquiry is the determination of penal liability, an adversarial relationship exists between the taxpayer and the state, and as such, all of the taxpayer’s Charter rights are invoked.

More frequently, however, once the auditor determines that an offence is likely to have been committed, completion of the audit will be referred to CRA Special Investigations Unit. At this point, it is accepted that the CRA has “crossed the Rubicon” into a criminal investigation and the taxpayer is entitled to rely on his or her rights under the Charter which, in effect, strips the CRA of its general audit powers. Any information obtained from the taxpayer thereafter must be provided voluntarily, or compelled by law through the issuance of a properly authorized search warrant, production order, or other mechanism permitting authorities to gather evidence under the Criminal Code.

The point at which an audit has become a criminal investigation is often a hotly contested issue, since important information obtained by the auditor may be excluded under section 24(2) of the Charter if the CRA has, prior to obtaining the information, “crossed the Rubicon” into a criminal investigation. For an example, see the recent B.C. Court of Appeal decision in R. v. He, 2012 BCCA 318 (B.C.C.A). In He, the CRA embarked on a pilot project called the Electronic Records Evaluation Pilot Project (“ERE”)  which the CRA had stated was, “not an audit, but rather a limited review of your current recordkeeping practices to determine if they are adequate for purposes of the Income Tax Act and Excise Tax Act (GST/HST).” As a result, the Court found that the information gathered from the taxpayers was obtained in breach of their Charter right to be free from unreasonable search and seizure, as the CRA was not performing a properly authorized audit function when information pertaining to the offence was obtained.

During an audit, a taxpayer is generally required to provide answers to all reasonable questions posed by the auditor which are relevant to the administration or enforcement of the Act and, in particular, which may assist the auditor in determining the amount payable by the taxpayer under the ITA. Of course, many of these questions are posed to, and answered by, the taxpayer’s accounting representative during the course of an audit. However, once a matter has been referred to the CRA Special Investigations Unit, the Minister’s general audit powers are displaced and the taxpayer’s Charter rights are invoked. As such, the accounting representative for the taxpayer should re-evaluate his or her obligation to continue answering CRA inquiries regarding the taxpayer.

Many accountants’ professional associations require that information of the client be kept confidential unless compelled by law. As such, although an accounting advisor could be compelled by law to produce records identified in a validly authorized search warrant executed at their premises, they may not be similarly compelled to submit to a “voluntary investigative interview” regarding the taxpayer’s confidential business and tax information. Importantly, the accountant may, in fact, be required to keep this information confidential, because to reveal this information without the taxpayer’s consent may breach their professional obligations.

In our experience, it appears that many accounting professionals do not fully appreciate their duties under the ITA in the context of a criminal investigation, and erroneously assume that CRA Special Investigations Unit, in the course of that criminal investigation, has the right to rely on the general audit powers of the CRA. This is not the case. Before making any such statements to the CRA, therefore, accounting advisors must be satisfied that their “voluntary statements” also comply with their professional obligations. It is suggested that accounting advisors consider retaining counsel and/or reviewing this issue with their professional body.

In order to adequately represent taxpayers charged with tax offences, a legal advisor must be able to:

Further, the CRA typically produces thousands of documents as part of its disclosure obligations under Stinchcombe. These are not your typical criminal files.

Given that the conviction rate for tax evasion offences has never fallen below 94% of persons charged, I would recommend that criminal practitioners who venture into this area consider retaining co-counsel from a respected tax law firm in order to ensure the taxpayer achieves the best possible result. The fines from a criminal conviction, if any, are in addition to any increase in income tax, interest and penalties imposed in these cases, and put the taxpayer at significant financial risk. There is also the possibility of a term of incarceration, conditional sentence order, and term of probation. Only if you are equipped with a concrete knowledge of both taxation and criminal law principles, will you be able to conduct a proper critical analysis of the Crown’s case and offer the best defence.