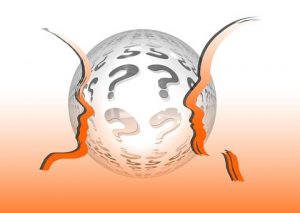 Although many Canadians may disagree when reading various media reports or when filling out their own returns, the government and the Department of Finance generally consider our tax system to be reasonable.  The term “reasonable” shows up with surprising frequency in our tax legislation and jurisprudence.

Is That Deduction Reasonable?

The Income Tax Act (ITA) limits deductions to amounts which are reasonable in the circumstances (ITA Section 67).  This concept is often expressed in conjunction with other requirements, such as whether an expense was incurred to earn income, or whether it was personal in nature. However, this is an independent test, not of the nature of an expense, but of its magnitude.

As a simple example, it seems that any business must maintain and clean its premises.  Therefore, engaging an individual to, say, sweep and mop the floor on a weekly basis seems to be a legitimate expense, incurred to earn income.  The business owner might well hire his or her child to perform this service without jeopardizing the deductibility of the expense.  However, the business owner should anticipate a challenge if the compensation for two hours a week of cleaning services is set at a $150,000 annual salary.  This seems an amount in excess of what is reasonable.

In applying this restriction, many court decisions cite the following statement, from a 1968 decision (Gabco Limited v. Minister of National Revenue (MNR), 68 DTC 5210):

Many cases deal with the reasonableness of amounts paid on a non-arm’s length basis, such as payments to family members, or between related parties.  For example, one Federal Court of Appeal decision (Les Produits pour Toitures Fransyl Inc. v. Her Majesty the Queen (HMQ), 2006 FCA 112, upheld a lower court conclusion “that no reasonable business person would have made these payments, which were almost three times the normal rental payments that could be obtained for the properties under ordinary circumstances”.

However, these questions do not always deal with related parties.  In one case (William Hammill v. HMQ, 2004 TCC 595), the court denied expenses paid to an unrelated third party on the basis that the circumstances of these payments, which related to a venture involving precious gems.  The court concluded that a reasonable businessman would have asked more questions and taken more significant steps to secure his assets.  Similarly, payments to secure release of an alleged container full of cash were held to be unreasonable in light of the many inconsistencies in the story given to the taxpayer (Charles Ruff v. HMQ, 2012 TCC 105).

The term “reasonable” shows up with surprising frequency in our tax legislation and jurisprudence.

Not all taxpayers are unsuccessful. In one case (Fred & Ted’s Construction Ltd. v. MNR, 84 DTC 1530), the owner paid his son, Larry,  who was in his early to mid-teens, about $10 to $11 per hour for work done.  While acknowledging the evidence was less than perfect, the court also recognized Larry was a likely successor to the corporation, and had worked in the company business for many years. The court was “leery of making any adjustment to the deductions claimed by the appellant in respect of amounts paid to Larry.”  This reflects a common issue in such cases, that the courts are reluctant to substitute its own business judgment for that of the business owner.

Many cases have questioned whether a taxpayer had a source of income against which expenses could be deducted, creating a loss to offset other income, or was carrying on a personal activity, such as a hobby.  Here again, the courts have been reluctant to second-guess a taxpayer’s business acumen, especially with the benefit of hindsight.

In some cases, the legislation makes the determination of “reasonable” amounts.  For example, individuals provided with an automobile by their employers are taxable for a benefit computed as a “reasonable standby charge”. The Supreme Court of Canada established the benchmark test of a “reasonable expectation of profit” in 2002 (HMQ v. Jack Walls and Robert Buvyer, 2002 SCC 47 and Brian J. Stewart v. HMQ, 2002 SCC 46). It stated that the first question to be asked was whether the activity might be undertaken for some reason other than generating income.  Where such a reason might exist, then the actions of the taxpayer are evaluated to assess the commerciality of the activity. Some activities which have been challenged on this basis in recent years include the breeding and racing of horses (Gibbs vs. Her Majesty the Queen, 2016 TCC 249), online poker activities (Radonjic vs. CRA, 2013 FC 916), and rental activities, especially those with a personal element such as a vacation property, and a property occupied by a relative (Masse vs. M.N.R, 2003 FCA 351) and (Tremblay vs. H.M.Q., 2004 TCC 424).

Similarly, some employees are entitled to claim “reasonable” allowance paid for travel expenses related to their employment. This can often be a subjective determination, although the Canada Revenue Agency (CRA) has suggested that National Joint Council allowances, which are set for employees of the federal government, might form an acceptable basis for a reasonable allowance.  However, many employers and employees have been surprised to learn that an allowance for use of a motor vehicle is, by law, not reasonable if calculated on any basis other than distance travelled (ITA Paragraph 6(1)(b)).  The CRA has been actively reviewing automobile allowances, and reassessing employers (for CPP and EI which should have been withheld) and employees (adding the allowance to their income) where allowances are not based on distance travelled.

Many provisions of the legislation require a determination of whether it is reasonable to reach certain conclusions.  For example, were certain transactions motivated by tax, rather than legitimate business considerations? This often arises in the context of anti-avoidance provisions, or that a loan was advanced, or a benefit conferred, on an individual by virtue of their employment, rather than for some other reason, such as being a shareholder  (or related to a shareholder) of a corporation conferring the benefit.

..the courts have been reluctant to second-guess a taxpayer’s business acumen, especially with the benefit of hindsight.

Other provisions require taxpayers make reasonable efforts to make determinations relevant to income tax filings in order to be exempted from liability or penalty which might otherwise arise. An example would be whether a person is a non-resident of Canada and therefore qualifies for benefits under an Income Tax Treaty.

Still other provisions require a reasonable conclusion as to the intentions of a taxpayer in entering into certain transactions.  The taxpayer’s intentions must be established based on evidence as some taxpayers may possess a “selective memory”, or be less than forthcoming as to their intentions, due to a desire to achieve a certain tax result.

Non-Tax Use of Reasonable

Often, the income tax system looks to other legislation in making its own determinations.  For example, where a taxpayer has made a misrepresentation attributable to carelessness, neglect or willful default, the usual time limits for CRA to reassess income taxes are overruled.  The courts have held that the determination of whether the taxpayer met the standard of a “reasonable person” should be consistent with the common law as it relates to negligence.

Many cases deal with the reasonableness of amounts paid on a non-arm’s length basis, such as payments to family members, or between related parties.Where a taxpayer has, under circumstances amounting to gross negligence, failed to properly report their income, and pay taxes on it, a penalty of 50% of the tax understatement can apply.  Here again, the concept of a “reasonable person” is drawn from the law of negligence to determine whether a taxpayer has departed far enough from that standard to be considered “grossly negligent”.  As an example, the courts have often held that a reasonable person would review his or her tax return, and that failure to do so constitutes gross negligence.