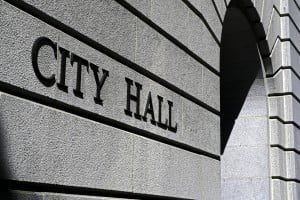 The Municipal Government Board shall provide timely, independent, quasi-judicial appeal adjudication to all parties in the areas of assessment matters, planning, subdivision appeals, inter-municipal disputes and annexation recommendations, that yields fairness and equity consistent with the authority of the Municipal Government Act.

In Alberta, hundreds of administrative agencies, boards and commissions implement legislation and adjudicate rights and responsibilities of private parties (individuals and companies) under that legislation. One of the least known, but busiest boards in this administrative process, is the Municipal Government Board (MGB) [http://www.municipalaffairs.alberta.ca/municipal-government-board].

This article describes the MGB’s varied range of work. In the interests of transparency, I will also disclose that I have been a member of the MGB for one year.

Not all municipalities enjoy the same tax base. There is a provincial program where the proportional tax and grant revenue is equalized by the Minister between wealthier and poorer municipalities.As the name suggests, the MGB deals with issues that relate to municipalities, which are regional zones. Municipalities may be cities, rural counties or a mix of both. Under our constitutional system, municipalities come within the legal jurisdiction of the provinces in which they are located.

The provinces delegate certain powers to municipalities, such as the provision of essential services like police and fire protection, water, sewers, roads, garbage collection and some social services. Municipalities also control land use planning and development, noise, pets, business licensing, public transportation (if any), libraries and recreational facilities such as parks and sports complexes. In order to pay for these services and facilities, the municipality must levy fees and collect taxes, mostly on developed real estate. Municipal government is also called “local government” because it is the government closest to people and their daily lives.

All administrative agencies that implement legislation and make decisions are created and empowered by that same legislation. In the case of the MGB, the legislation is the Municipal Government Act [RSA 2000, c M-26, http://canlii.ca/t/52gtf]. Part 12 (sections 485 to 527.1) establishes the MGB, but it is also governed by several regulations, guidelines and policies.

The MGB is a relatively new quasi-judicial board that is the amalgamation of the former Alberta Assessment Appeal Board, the Alberta Planning Board and the Local Authorities Board. Today, while the Minister of Municipal Affairs may still assign the MGB specific tasks, its main adjudication is divided between planning functions and assessment functions.

Planning refers to how communities are organized. Well-planned districts work better and are more attractive places in which to live. Subdivision is the process of breaking a larger parcel of usually undeveloped land into smaller parcels. This has the effect of increasing density on that land. Municipal subdivision decisions may be appealed to the MGB where the land being subdivided is near a body of water, a highway, landfill, a Green Area or a waste treatment or storage site.

Municipal government is also called “local government” because it is the government closest to people and their daily lives.A municipality may want to “annex” or incorporate more neighbouring land (from other municipalities) to its territory to accommodate growth and development. Appeals from annexation decisions are also heard by the MGB which will make a recommendation to the Minister.

Inter-municipal disputes may arise where one municipality considers itself to be adversely affected by the actions (such as certain land development) of another neighbouring municipality. As in the interests of all good neighbourly relations, a referee occasionally needs to be called in. The MGB is the referee between municipalities.

Property assessment appeals comprise over 90% of the MGB work. Individual residential property tax appeals are conducted by Local Assessment Review Boards (LARBs) in each municipality. However, the MGB provides all Presiding Officers to the appeals of municipal tax assessments of commercial and multi-residential property. These are referred to as Composite Assessment Review Boards (CARBs).

The Chair of each CARB is a member of the MGB. The Chair not only presides at the hearing, but also ensures the written decision is rendered within 30 days of the end of the appeal hearing. This commercial property assessment appeal work takes place during the last half of each calendar year.

Municipal government is also called “local government” because it is the government closest to people and their daily lives.Each year there are more CARB appeals than LARB appeals. In each of the last few years in the municipality of Calgary alone, there were about 1700 LARB appeals and some 2000 CARB appeals heard and decided. Because property tax assessment is a complicated technical subject, MGB members must all take and pass a provincial assessment principles course.

As in the interests of all good neighbourly relations, a referee occasionally needs to be called in. The MGB is the referee between municipalities.A much smaller appeal function relates to the assessment of pipelines, electrical power plants, oil and gas wells, and telecommunication systems. These installations are called linear property and any assessed person or municipality can appeal those assessments.

Not all municipalities enjoy the same tax base. There is a provincial program where the proportional tax and grant revenue is equalized by the Minister between wealthier and poorer municipalities. Municipalities can also appeal those equalized assessments to the MGB.

The MGB also makes recommendations to the Minister about disaster recovery and financial assistance programs and applications.

Composition of the MGB

The MGB consists of a full time Chair and approximately 53 part-time board members from across the province, supported by about 20 staff in an Edmonton office. Board members are often former municipal leaders, appraisers, administrators, planners, accountants, engineers, assessors, real estate agents or developers, or lawyers. They are experienced, knowledgeable and many have professional accreditations in these subject areas.

Appointments are made by the provincial cabinet through Orders-in-Council for terms up to three years with the possibility of renewal for a total of twelve years. Prospective candidates must write reasons for a sample appeal before being selected for an interview. Again, most of the MGB workload – appeals of commercial assessments – falls into the last half of each calendar year.