A Website of The Centre for Public Legal Education Alberta
You are here: Home / Feature Articles / 45-2: Our Legal System / The Role of Crown Prosecutors in our Criminal Justice System
Reading Time: 5 minutes

Television shows such as Law and Order portray lawyers who prosecute crime as the heroes – fighting for justice and being the victim’s voice in the court. In real life, these lawyers do play a critical role in the criminal justice system. However, shows that portray prosecutors as the defenders of justice thrive on the audience’s emotions and their desire to see “the bad guy” bought to justice. In these shows, the prosecutors plead to the jury with an unquenchable thirst for justice, bringing viewers to tears. Such courtroom scenes might be real in other jurisdictions. However, in the Canadian criminal justice system, the primary role of Crown prosecutors is neither representing the victims nor securing a conviction.

Who are Crown Prosecutors? 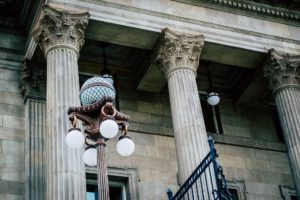 Photo by Brett Sayles from Pexels

Governments employ lawyers to prosecute crime. In Alberta, these lawyers are Crown prosecutors. The Government of Alberta employs most of the Crown prosecutors in the province, and the federal government employs the rest. Crown prosecutors deal with charges under Canada’s Criminal Code, Canada’s Youth Criminal Justice Act, offences under provincial laws (such as Alberta’s Traffic Safety Act) and more.

The Role of Crown Prosecutors

The role of the Crown prosecutors is not to secure a conviction. The Supreme Court of Canada in Boucher v The Queen stated:

It cannot be over-emphasized that the purpose of a criminal prosecution is not to obtain a conviction, it is to lay before a jury what the Crown considers to be credible evidence relevant to what is alleged to be a crime. Counsel have a duty to see that all available legal proof of the facts is presented: it should be done firmly and pressed to its legitimate strength but it must also be done fairly. The role of prosecutor excludes any notion of winning or losing; his function is a matter of public duty than which in civil life there can be none charged with greater personal responsibility. It is to be efficiently performed with an ingrained sense of the dignity, the seriousness and the justness of judicial proceedings. [emphasis added]

Crown prosecutors must observe the accused’s right to a fair trial, and be independent and dispassionate. They must review the evidence objectively and not form their own opinion of what happened. Forming a premature prosecutorial theory is called “tunnel vision” and can contribute to wrongful convictions.

Why Must We Learn About the Role of Crown Prosecutors?

Canada is rooted in the principles of the rule of law (no one is above the law) and democracy. Our criminal justice system plays a vital role in upholding these principles. Awareness of the law and those who administer it helps those interacting with the justice system better understand their rights. Education can also help reduce our frustration with, and the potential for abuse in, the justice system.

Think also about a person charged with a criminal offence. The complexity of the justice system could easily intimidate them. However, the court has a duty to ensure the process is fair and that the accused’s rights are respected. And Crown prosecutors play a part in this system.

Rights of the Victims and Accused

Both the victims and the accused have a right to an interpreter if they do not speak or understand the language of the proceedings or have impaired hearing.

If someone has a concern with how a Crown prosecutor is handling a case, they may voice their concern to the chief Crown prosecutor at the Crown prosecutors’ office that handled the case, the Director of Public Prosecutions for cases within federal jurisdiction, or the Law Society of Alberta. The person may also want to get legal advice from a lawyer about the situation.

Thomas Kannanayakal is a law student at the Faculty of Law, University of Alberta.