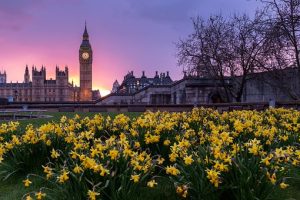 The concept of the rule of law and the need to strictly comply with it is often presented with a flourish in legal and political debates.  Canadians know that the rule of law is manifestly a good thing.  We might, though, have some difficulty pinning it down.  Surely, the growing recognition that the rule of law is a cornerstone of our liberal democracy and part of our proud heritage is something to celebrate on our nation’s 150th birthday. It is worth revisiting two decisions of the Supreme Court that explored hitherto hidden parameters of the rule of law, after a brief overview of how it was brought into Canadian law initially.

The courts are the protectors of the Constitution and the fundamental values embedded in it – the rule of law, fundamental justice and preservation of the democratic process.

The rule of law comes to us as a defining feature of the English common law which Canada inherited in our first Constitution, the British North America Act. That Act, now renamed The Constitution Act, 1867, affirms that the nation is a union of the various provinces, “with a Constitution similar in Principle to that of the United Kingdom.”  One essential aspect of the U.K.’s Constitution that we inherited is the rule of law.  This can best be characterized as an underlying constitutional principle and a fundamental aspect of both our legal system and our democratic form of governance.  It requires that government be conducted according to law and makes all government officials, including the Prime Minister and other elected politicians, answerable for their acts in the ordinary courts.  As an early writer on English law, also a judge, Henry of Bracton declared in 1250: “The King himself however ought not to be under man, but under God and under the law, for the law makes him King.”  A later scholar, A.C. Dicey, coined the term in 1885, looking back at Magna Carta and the Bill of Rights of 1689, which affirmed that monarchy was subject to the law.   It means “the absolute supremacy or predominance of regular law as opposed to the influence of arbitrary power … excludes wide discretionary power on the part of government.”  He goes on to state that a man may be punished for a breach of the law, but for nothing else.  The eminent scholar contrasts a democratic system underpinned by the rule of law with autocratic and arbitrary form of rule – rule by man as opposed to rule under the law.

In 1947 a formidable challenge concerning the rule of law confronted the brilliant constitutional law scholar Frank Scott, a professor at McGill University. He had been approached by A. L. Stein, who needed some innovative legal thinking in order to develop a litigation strategy to assist his desperate client, the restaurant owner Frank Roncarelli

A second case that stands out as a beacon in Canadian law for its declaration of the importance of the rule of law and the role of the judiciary in upholding it is Mackeigan v. Hickman (1989). Frank Roncarelli was a McGill graduate and a Jehovah’s Witness who had successfully run over many years a carriage trade restaurant that he had inherited from his parents.  For all of those years he had obtained a liquor licence which enabled his customers to enjoy glasses of wine with their meals.  He had always complied with the terms of his licence and sold the liquor in a responsible manner.  One can imagine his surprise, then, when on December 4, 1946, during a busy lunch hour, a large number of officers charged into the restaurant, demanding that Mr. Roncarelli produce his liquor licence.  The startled owner was told that the licence was now cancelled and his entire liquor store was to be confiscated.  At the same time the officers combed the shelves on his walls for any Jehovah’s Witness materials.

Scott and Stein faced an uphill battle in challenging the decision by Premier Duplessis directing the Chair of the Quebec Liquor Commission to cancel the liquor licence. Their major obstacle was the discretionary aspect of the granting of the licence, which appeared at first glance to afford the Commissioner complete discretion to grant or withhold a licence.

Scott developed an audacious strategy, involving a direct challenge to the high-handed actions of the all-powerful Premier of Quebec, Maurice Duplessis. Scott thought back to his courses at Oxford University, where the writings of A.C. Dicey played a central part of the lectures he attended. He recalled a statement of Dicey’s that “every person from the Prime Minister on down is liable to answer for his wrongs in the ordinary Courts of Law.”  Scott proceeded to build the principles of fairness underlying the common law tradition and the rule of law into his conception of Canada’s legal system based on British parliamentary democracy.  While the rule of law certainly existed as an abstract concept up to this point in Canadian law, it had never been mobilized at the service of a coherent and meaningful legal challenge to the actions of a high-ranking politician or public official.

Stein elicited evidence from Duplessis at trial that the Premier had decided to punish Roncarelli for advancing monies on a number of occasions to post bail for his fellow Jehovah’s Witnesses who had been arrested for seditious activities while proselytizing for their faith on the streets of Montreal.

The intrepid legal counsel on behalf of Roncarelli successfully argued before the Supreme Court of Canada that cancelling a licence because the Premier considered Roncarelli to be unworthy of holding it, in light of his financial backing of members of his religious order, went beyond the authority he possessed.

Another important aspect of the rule of law that Frank Scott developed in his argument and Justice Rand explained in his judgment is the connection to the concept of citizenship in a democracy. There were three different sets of reasons for the majority of six justices at the Supreme Court who decided the appeal in Roncarelli’s favour (as against three dissenting justices). However, it is Justice Ivan Rand’s judgment that resonated at that time and continues to permeate the thinking of scholars and judges, particularly in his recourse to the core values of our legal and political systems, including the rule of law.  Rand impressively reasoned that the rule of law has unmistakeable implications for administrative decision-making.  While the Premier and the head of the Commission possessed discretion to consider a number of factors in deciding about the suspension or non-renewal of a licence, an arbitrary and improper reason crosses the threshold of permissible behaviour.  An individual like Mr. Roncarelli who holds a liquor licence is entitled as a citizen to responsible conduct by the decision-makers.  As Justice Rand holds: “irrelevant purposes … would signalize the beginning of disintegration of the rule of law as a fundamental postulate of our constitutional structure.”

Another important aspect of the rule of law that Frank Scott developed in his argument and Justice Rand explained in his judgment is the connection to the concept of citizenship in a democracy. As with the rule of law, in a liberal democracy there is an ideal of citizenship which guarantees that all individuals are entitled to privileges provided by government in a non-discriminatory manner. Roncarelli’s liquor licence was revoked by the Commissioner acting under the stern direction of the Attorney General and Premier Maurice Duplessis. While Justice Rand in his judgment recognizes that the licence granted is a privilege and not a right, nonetheless he goes on to emphasize that the licence itself is intimately connected to a right that Roncarelli possessed. He, like other citizens regardless of religious affiliation, was entitled to pursue a livelihood on equal terms with fellow citizens. The cancellation of the licence due to Roncarelli’s religious views and support for the Jehovah’s Witnesses was a denial of his status as a citizen. To act in accordance with the rule of law, then, a public official must recognize and honour the equal status of all citizens, even those supporting unpopular organizations. As Roncarelli was not treated equally in this regard, he was entitled to a declaration that the Premier and the Commissioner had acted beyond their public powers and that he was owed damages. The rule of law required no less.

While the rule of law certainly existed as an abstract concept up to this point in Canadian law, it had never been mobilized at the service of a coherent and meaningful legal challenge to the actions of a high-ranking politician or public official.

A second case that stands out as a beacon in Canadian law for its declaration of the importance of the rule of law and the role of the judiciary in upholding it is Mackeigan v. Hickman (1989). The Supreme Court of Canada in that case determined that a Royal Commission of Inquiry was not entitled to compel the attendance of justices who had sat on a reference case which had reviewed the conviction of Donald Marshall. The justices would have been asked questions about how they reached their conclusion in the matter. Justice McLachlin in her majority judgment canvassed the important principle of judicial independence, protected by s. 11(d) of the Charter of Rights, as a necessary extension of the rule of law. She elaborated on the importance of security of tenure, financial security and institutional independence of the courts as essential components of the rule of law in a liberal democracy. The courts are the protectors of the Constitution and the fundamental values embedded in it – the rule of law, fundamental justice and preservation of the democratic process.

Justice McLachlin reached back to the 1692 English case of Knowles to investigate the legal protection afforded to judges to be free from being compelled to testify as to the grounds of their decisions. She notes that this immunity principle was maintained in Knowles and in the subsequent development of the law, as making up part of the English Constitution. Ever since, justices have been  clearly entitled to maintain their independence in discharging their responsibilities,  free to render their judgments without fear and without needing to account to the King or the Prime Minister. While the Canadian Parliament now possesses the undoubted power to impeach or discipline a federally appointed judge for dereliction of duty, it has no general power to restrict the powers of judges to deliberate and render their decisions free from all interference.

Surely, the growing recognition that the rule of law is a cornerstone of our liberal democracy and part of our proud heritage is something to celebrate on our nation’s 150th birthday.The MacKeigan decision makes clear that justices must be accorded the independence required to uphold the rule of law.  The Supreme Court affirmed that an Inquiry cannot require that judges account for their reasons or look into the manner in which the Chief Justice of the Court had assigned particular judges to the matter.

These leading cases and fundamental principles reveal that the rule of law is not a fixed destination point but a continual work in progress, responding to new issues that arise and require scrutiny. Concerted efforts will always be needed to ensure that the rule of law continues to be maintained in a robust and meaningful way.