A Website of The Centre for Public Legal Education Alberta
You are here: Home / Special Report / 29-5: Insurance / The Supreme Court of Canada Protects the LITTLE GUY
Reading Time: 10 minutes 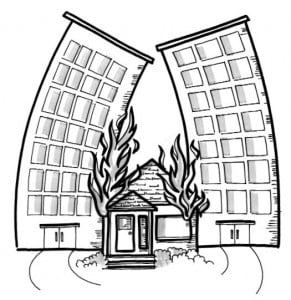 Do you have an insurance contract?

Do you know and understand your rights and obligations under that contract?

If you have a dispute with your insurance company, how can you be sure that a court will protect you, the “little guy”, in the face of the arguments put forward by a large, possibly even multi-national, insurance company?

The purpose of this paper is to provide a closer look at what the Supreme Court has been saying in its recent insurance law decisions and to demonstrate how the Court’s rulings address the contractual power imbalance between an insured and an insurance company. I begin by briefly summarizing the facts and findings of the Court in each case. For the purposes of these summaries, I have grouped the cases according to the major insurance issue being addressed by the Court. Following this outline of the cases, I offer some comments about the lessons to be drawn from the Court decisions with respect to the contractual relationship between the insured and the insurer.

Summary of the Cases

Insurer’s Duty to Respond to a Claim

The Whiten family home, which was insured by the Pilot Insurance Co., burned down on a winter night. The Whitens lost everything except the clothes on their backs and were literally left out in the cold. All of the evidence obtained by the insurance company in investigating the loss (including reports from the fire department and the Insurance Crime Prevention Bureau) indicated that the fire was caused by accident. The insurer, however, remained adamant that the fire had been deliberately set by the insureds.

The Insured’s Obligation to Sue Within a Required Time Frame

Ms Smith was receiving benefit payments from her automobile insurer, Co-operators General Insurance Co., for injuries which she suffered in a motor vehicle accident on April 14, 1994. On May 8, 1996, Co-operators terminated the benefit payments by a written notice of termination which provided the insurer’s assessment of benefits and advised Ms Smith that she had the right to ask for mediation if she disagreed with this assessment. On September 8, 1998, following an unsuccessful mediation, Ms Smith sued the insurer for ongoing benefit payments. Both the trial and appeal courts of Ontario struck out Ms Smith’s action because she did not sue within the time frame required under Ontario’s Insurance Act.

A majority of the Supreme Court of Canada allowed Ms Smith’s appeal on the grounds that, when the insurance company advised her of available mediation procedures, the company also should have advised her of the time frame for commencing a lawsuit. The Court found that the limitation period accordingly did not bar Ms Smith’s action. The lawsuit could proceed.

KP Pacific Holdings Ltd. commenced a lawsuit against Guardian Insurance Co. of Canada for payment for a fire loss at a KP hotel insured by Guardian. Guardian argued that KP’s lawsuit could not proceed because it was not commenced within one year of the date of loss as required by the Fire Insurance Section of the British Columbia Insurance Act. The trial and appeal courts of British Columbia found the action to be barred by the expiration of the limitation period, but the Supreme Court of Canada unanimously overturned this result. The Supreme Court concluded that the Insurance Act was unclear in setting out the limitation period applicable to a fire loss under an all-risk policy. The Court criticized the Insurance Act as reflecting an outdated classification of insurance policies which was inapplicable to modern, comprehensive insurance policies. Accordingly, the Supreme Court held that the one-year limitation period in the Insurance Act did not apply to the insured’s claim. Again, the lawsuit could proceed.

Churchland commenced a lawsuit against Gore Mutual Insurance Co. For theft coverage under a homeowner’s insurance policy. Gore argued that the claim was barred by the limitation period set out in the fire insurance section of the British Columbia Insurance Act, being one year from the date of loss (the same argument made by KP in the case discussed above). Churchland argued that the applicable limitation period was a longer time period as set out elsewhere in the Insurance Act. Employing its reasoning from the KP Pacific case, a unanimous Supreme Court of Canada held that the Churchland’s claim was not limitation barred. Again writing for the full court, Chief Justice McLachlin emphasized the obligation of the legislature to clarify its intent when imposing statutory restrictions on an insured’s ability to sue an insurer.

Interpretation of an Insuring Agreement

The Supreme Court of Canada unanimously held that Dr Easingwood’s death did fall within the policy coverage. The Court refused to define “accidental means” in a manner which would exclude accidental deaths which were caused by deliberate actions. The Court pointed out instead that virtually all accidents can ultimately be traced to some sort of deliberate act. The Court concluded that death by “accidental means” is a death which was unexpected by the insured even if the accident was caused by a deliberate act. The evidence in this case indicated that, while Dr Easingwood intended to inject himself with Demerol, he did not intend or expect to die from the injection.

Accordingly, the insurance company was obligated to pay.

Paul Oldfield, the insured under a life insurance policy issued by Transamerica Life, died when one of 30 condoms of cocaine, which he was carrying in his stomach, broke open causing him to have a heart attack.

Transamerica refused payment to the policy beneficiary (Paul’s ex-wife) arguing that public policy considerations militate against paying for a loss caused by the insured’s criminal act. A majority of the Supreme Court of Canada held that public policy does not prohibit recovery in this instance.

The Court stated that public policy does prohibit a criminal or his or her estate from profiting from a criminal act, but this rule does not extend to innocent, named beneficiaries of a life insurance policy.

Mr Arbic was the insured under a life insurance policy issued by the Transamerica Life Insurance Co. of Canada. Mr Arbic was killed by the explosion of a bomb which he was attempting to plant under a car.

Transamerica refused payment to Ms Goulet, the policy beneficiary, on the grounds that public policy prohibited payment when death occurred during the commission of a crime. As in the Oldfield case, the Supreme Court of Canada rejected this argument and unanimously found that the public policy rule was not applicable against an innocent beneficiary.

On July 4, 1994, the Somersalls sued their own automobile insurer, the Scottish & York Insurance Company (S&Y), under an SEF 44 Family Protection Endorsement issued by S&Y. The Somersalls claimed payment from S&Y for the amount their losses exceeded Friedman’s insurance limits.

Finally, S&Y argued that the Somersalls were obligated to assist it in its attempts to recover compensation from the person who caused the accident.

A majority of the Supreme Court held that the Somersalls did not breach their contractual obligation to co-operate by signing the Limits Agreement.

Messages from the Court

Overall, the cases contain some clear messages about the Supreme Court’s view of contractual disputes between insurance companies and their insureds: