A Website of The Centre for Public Legal Education Alberta
You are here: Home / Feature Articles / 44-6: The "Super Powers" / The Use of the Peace, Order and Good Government Clause in Canada’s Constitution
Reading Time: 4 minutes 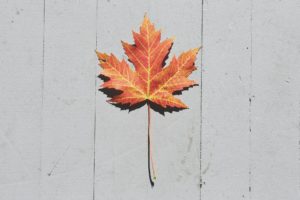 91. It shall be lawful for the Queen, by and with the Advice and Consent of the Senate and House of Commons, to make Laws for the Peace, Order, and good Government of Canada, in relation to all Matters not coming within the Classes of Subjects by this Act assigned exclusively to the Legislatures of the Provinces; and for greater Certainty, but not so as to restrict the Generality of the foregoing Terms of this Section, it is hereby declared that (notwithstanding anything in this Act) the exclusive Legislative Authority of the Parliament of Canada extends to all Matters coming within the Classes of Subjects next hereinafter enumerated; that is to say, …

[this is followed by a list of subject matters; underline added]

There are different theories as to the purpose of the POGG clause. It is often described as a residuary clause. This means it covers subject matters that have developed since Confederation in 1867 (such as pollution, climate change and inflation) or those matters that are distinct from the list that follows the opening clause.

The courts have recognized two main branches to the POGG power:

The Emergency Branch of POGG was recognized in 1923 by the Privy Council in Fort Francis Pulp & Power Co v Manitoba Free Press Co., [1923] AC 965. This power contemplates “highly exceptional” or “abnormal” circumstances that require the federal government to assert jurisdiction as needed to address an emergency. The important criteria that the federal government needs to prove in order to rely on the Emergency Branch to pass legislation were set out in the Reference re Anti Inflation Act, [1976] 2 SCR 373:

The federal government can use the emergency power to address matters that are usually under provincial jurisdiction. The above three key requirements must still be met.

As for the National Concern Branch, the leading case in this area is a 1988 decision of the Supreme Court of Canada: R v Crown Zellerbach Canada Ltd. Justice Le Dain, writing for the majority of the Court, summarized the law as follows (at para 33):

1. The national concern doctrine is separate and distinct from the national emergency doctrine of the peace, order and good government power, which is chiefly distinguishable by the fact that it provides a constitutional basis for what is necessarily legislation of a temporary nature;

3. For a matter to qualify as a matter of national concern in either sense it must have a singleness, distinctiveness and indivisibility that clearly distinguishes it from matters of provincial concern and a scale of impact on provincial jurisdiction that is reconcilable with the fundamental distribution of legislative power under the Constitution;

4. In determining whether a matter has attained the required degree of singleness, distinctiveness and indivisibility that clearly distinguishes it from matters of provincial concern it is relevant to consider what would be the effect on extra‑provincial interests of a provincial failure to deal effectively with the control or regulation of the intra‑provincial aspects of the matter.

It appears as though the Supreme Court of Canada will have to resolve this matter. For more information on these three decisions, please see the LawNow article by Jessica Steingard.

Although the federal government has not relied on the POGG power to pass federal legislation in too many situations, it remains a significant feature of our constitutional law and is highly relevant to current events. This seems logical. The drafters of the Constitution would have desired that this power would guide us into the future, even as non-contemplated subject matters arise.