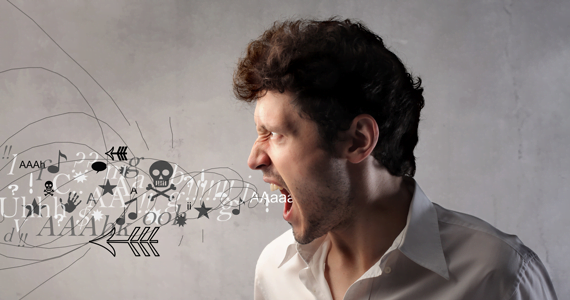 In the case of O’Neill v. Deacons, 2007 ABQB 754, a dispute over a dog, vexatious litigants were described as follows.

[25] What the various common law and statutory criteria suggest is that vexatious litigants are those who persistently exploit and abuse the processes of the court in order to achieve some improper purpose or obtain some advantage. Vexatious litigants tend to be self represented, and quite often the motivation appears to be to punish or wear the other side down through the expense of responding to persistent, fruitless applications. This is why the failure to pay costs for such applications is a significant element in determining whether a litigant is vexatious.

Vexatious litigants may be broadly categorized into two groups:

Vexatious litigants abuse the court process, often with a complete disregard for court orders, while paradoxically seeking their own court orders. One sometimes wonders if they are operating under a delusional belief that eventually they will find a judge who will completely understand them and make things ”right.”

As vexatious litigants are usually self-represented, they are initially given a certain amount of leeway. Vexatious litigants abuse the court process, often with a complete disregard for court orders, while paradoxically seeking their own court orders. Only with time does the litigant’s obsession become clear. Ultimately that persistence becomes evidence of the party’s unreasonableness.

We learned first-hand about vexatious litigants in 1982 after winning a successful civil claim. Thereafter, the defendant appealed— alleging the trial judge had been bribed. The defendant went on to sue several parties including the Attorney General and many downtown Vancouver law firms. Ultimately, the court granted an order prohibiting him from commencing any further court proceedings except with leave of the court.

Such orders have been made against litigants ranging from the Church of Scientology, to incarcerated malcontents, to defendants in foreclosure proceedings. In appropriate circumstances, our courts are indeed willing to intervene to prevent abuse of the court process.

Superior courts, such as the BC Supreme Court and Court of Appeal, have an inherent jurisdiction to control their own process. Supplementary to this, many jurisdictions have enacted legislation to allow the courts to control vexatious litigants.

In British Columbia, section 18 of the Supreme Court Act permits the court to order that a legal proceeding must not be instituted by a named litigant except with leave of the court. Such an order may be made where a court is satisfied that the person has habitually, persistently, and without reasonable grounds instituted vexatious legal proceedings against the same or different persons.

As to the criteria for determining whether legal proceedings are vexatious, the oft-cited case, Re. Lang Michener v. Fabian (1987) 59 O.R. (2d) 353, (H. C. J.), has been applied in many BC decisions. In paragraph [19] of that decision, the court enunciated the following principles. Such an order may be made where a court is satisfied that the person has habitually, persistently, and without reasonable grounds instituted vexatious legal proceedings against the same or different persons.

In British Columbia (Public Guardian and Trustee) v. Brown, 2002 BCSC 1152, Mr. Justice Halfyard set out two distinct elements that must be established for a section 18 application to succeed.

Re. Kaiser (2008) 41 CBR (5th) 200 (BCSC) concluded that section 18 orders apply only to future applications and not retroactively to outstanding applications.

This statutory provision, however, is supplementary to similar powers residing in the court’s inherent jurisdiction. In Household Trust Company v. Golden Horse Farms Inc. (1992) BCJ 652, the Court of Appeal held that under this inherent jurisdiction, the court could bar prosecution of proceedings already commenced and also make orders against those defending actions—in this case, defendants in a mortgage action. The court upheld a direction that none of the litigants would be permitted a court audience, except through counsel— that is, they could not personally make submissions to the court. Only their lawyer could do so.

The ability to curb abusive litigation must be balanced against a citizen’s right to legitimate access to the courts. Section 18 of the Supreme Court Act, together with the court’s inherent jurisdiction, provides our courts with valuable tools to prevent the misuse of legal process. As Justice Southin aptly stated in In Household Trust Company v. Golden Horse Farms  Inc. (1992) BCJ 652 at page 12:

In my opinion, the Supreme Court of British Columbia has an inherent jurisdiction and a corresponding duty to exercise that jurisdiction to protect a petitioner or plaintiff who seeks relief in that Court from proceedings by a defendant who is vexatiously abusing the process of the court. That it is a jurisdiction to be exercised with great caution, I have no doubt. But not to exercise it where there is no other way to bring reason into proceedings is, in effect, to deprive the plaintiff or petitioner of justice according to law. The court if it fails to act becomes but a paper tiger. (Emphasis added)

Nevertheless, judges are typically very hesitant to forbid a party from instituting legal proceedings except with leave of the court. The courts will afford a litigant great leeway to ensure he or she receives a proper hearing. The case must be very clear for such an order to be made.

This article was originally published in The Scrivener Vol. 22 No. 2 Summer 2013, and is reprinted with permission.

Trevor Todd restricts his practice to estate litigation and has practised law for 38 years. He is a past President of the Trial Lawyers Association of BC, a past chair of the Wills and Trusts (Vancouver) Subsection, and a past president of the New Westminster Bar Association. He frequently lectures to CLE, TLABC, the BC Notaries, and various law, business, or general public sessions on estate law issues. Disinherited.com is 17 years old. It has hundreds of blogs and articles and currently over 5600 visitors per month on average.