A Website of The Centre for Public Legal Education Alberta
You are here: Home / Special Report / 36-6: Testing the Limits of the Law / Which Passport Should I Take to the Olympic Games?
Reading Time: 5 minutes 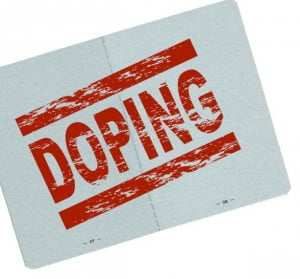 The 2012 London Olympic Games are going to see a whole new level of anti-doping activity. The centrepiece of this activity is what is known as the Athlete Biological Passport (ABP). It has been in the works for some time and has already been used extensively in the sports of cycling and athletics.

The Canadian Centre for Ethics in Sport (CCES), the organization in Canada charged with delivering Canada’s anti-doping program, is the first national anti-doping organization in the world to implement use of the ABP.1 The ABP is not a panacea for the detection of doping, but it does represent a paradigm shift in drug-testing practices. The difference is this: previously, anti-doping efforts focused on testing for the presence of a prohibited substance in an athlete’s system. In contrast, the ABP looks for indirect indicators of doping. In other words, with the ABP, a doping finding is based on circumstantial evidence, not direct evidence of use. This change also gives rise to a change in the potential defences to allegations of a doping infraction.

Both these methods have the effect of increasing the capacity of the blood to carry oxygen, and can boost performance in endurance sports.

It is this latter category of doping (that is, blood transfusions and EPO), that is the current focus of the ABP. Basically, here is how it works…

Blood transfusions leave tell-tale signs in an athlete’s body that the ABP can pick up. There are three main characters in play: reticulocytes (baby blood cells), hemoglobin (an oxygen-carrying molecule in red blood cells) and the ratio between these two variables, known as “off-scores”. Reticulocytes and hemoglobin respond in predictable ways to blood doping:

Hemoglobin: Hemoglobin reflects the amount of total red blood cells in circulation. With blood doping, it responds in exactly the opposite direction to reticulocytes. The withdrawal of blood is characterized by a fall in hemoglobin concentration levels, while the re-infusion of blood dramatically increases its levels.

The ABP provides a longitudinal record of biological markers including reticulocytes and hemoglobin concentration, and their resulting off-scores. While there may be variation between individual athlete profiles, an athlete’s own personal profile is, in fact, very stable. By using the APB, anti-doping officials can search for unexplained deviations in the athlete’s own profile. Using a statistical modelling, it is possible to determine whether a variation has been caused by natural factors (e.g. illness, bleeding, no high-altitude training or recent intense training) or may have been caused by some other external factor, such as blood doping.

It is important to be clear here. The ABP does not prove a doping offence – notwithstanding all the rhetoric in the literature and press releases to the contrary. It simply indicates the probability that a deviant score is more likely to be a result of some external factor than a natural fluctuation in the athlete’s profile. Such a fluctuation may be explainable and there are many reported reasons in the literature why scores may fluctuate. Deviations are subsequently scrutinized by a three-person Expert Panel and the athlete has the opportunity to provide further explanation for the abnormal deviation in the profile.

From a legal perspective, defences of a doping allegation have typically been limited to questioning procedural errors in the testing process. The APB raises a number of other potential legal arguments. For example, what is the role of the ‘expert’ in an alleged APB-based infraction? In law, an expert can only provide an opinion, leaving the job of making the actual decision to a judge, jury or arbitrator. Expert statements in doping matters have sometimes been couched as conclusions, not opinions and, as such, prejudicially influence the actual decision-makers. Consider the following statement:

In my opinion, there is a strong probability that the variation in the athlete’s profile is due to blood doping.

There is another error, closely related to the one above, that can also easily occur, known as the Prosecutor’s Fallacy. The fallacy involves an incorrectly calculated probability, or a probability being incorrectly presented.

The ABP is based on a statistical model that predicts the probability that a deviation in an athlete’s profile is abnormal. The model has a margin of error of 1 in 1000 instances (i.e., the model is statistically right 999 in 1000 times). It is then tempting to make the jump to say that 999 times out of 1000 an abnormal variation will be due to blood doping. This is the Prosecutor’s Fallacy.

In fact, the statistics, based on the model being applied to the athlete’s profile, say nothing about the cause of the abnormal variation, only that it is highly probable that the variation is not due to natural reasons, i.e., that it is outside the statistically acceptable limits of variation that can be considered normal. It is the responsibility of the Expert Panel to consider the probability that the abnormal outcome cannot reasonably be explained by any other circumstance. The ultimate decision-maker(s), using the results of the ABP and the opinion of the experts, must then be sure to reach a “comfortable satisfaction”4 that the abnormal deviation is as a result of the use of a prohibited method, and more specifically, blood doping. The Prosecutor’s Fallacy represents a subtle, yet significant, error in statistical logic and can lead to a false conclusion. The work of experts to exclude other alternatives to explain the deviation is imperative and necessary to any anti-doping conclusion.

A third interesting area for lawyers focuses on the science behind the ABP. What variables are included in the probability model used in the ABP and have deviations been properly represented? There is great complexity here. At least one sport scientist simply told athletes that they should “trust the science”. Interestingly, Michael Ashendon, a significant contributor to the development of the ABP, and one of the world’s foremost experts on blood doping, recently (March 2012) resigned as an expert panel member for the International Cycling Union (UIC) and refused to act as such for the International Association of Athletic Federation (IAAF) claiming an “over-exuberance in a lack of transparency” on the part of those sport organizations involving the ABP. He has accused the anti-doping movement of fostering a culture of omerta or “code of silence”.

The APB is a new and useful tool in the global anti-doping effort. The science is powerful. But we cannot ignore the legal aspects raised by this new anti-doping test. There is a delicate balance to be maintained between keeping competitive sport fair for all athletes and respecting the rights of individual athletes involved in sport.

2. EPO stimulates the production of red blood cells and is naturally found in the body. Synthetic, or

4. The standard of proof in doping cases is that of a “comfortable satisfaction”, which is described as being

greater than a ‘balance of probabilities’ but less than ‘beyond a reasonable doubt’.

Hilary Findlay is an Associate Professor with the Department of Sport Management at Brock
University in St. Catherines, Ontario.