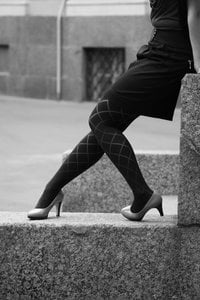 In September 2012, the Supreme Court of Canada significantly changed the law on public interest standing. It did so under the banner of advancing access to justice. After being released, Canada (AG) v Downtown Eastside Sex Workers United Against Violence, 2012 SCC 45 [SWUAV] received praise for making Charter litigation reachable to vulnerable groups who could not otherwise access the justice system.  SWUAV asked if a community group … had standing to challenge the prostitution provisions in the Criminal Code. Justice Cromwell … agreed with the Court of Appeal that public interest standing should be granted. After providing a brief refresher on the SWUAV decision, this article examines whether the decision has lived up to its promise. Subsequent case law reveals that, while SWUAV’s full potential has yet to be realized, its early development is a reason for optimism among access to justice advocates.

SWUAV asked if a community group focused on protecting sex workers had standing to challenge the prostitution provisions in the Criminal Code. Justice Cromwell, speaking for the unanimous Supreme Court, agreed with the Court of Appeal that public interest standing should be granted. In doing so, however, he inserted a critical change into the last stage of the traditional three-part test. While this change may seem trivial, make no mistake — it is powerful. While the classic test asked if “there is no other reasonable and effective manner” to bring the case to court, SWUAV modified the question to ask if public interest standing “is a reasonable and effective manner” to bring the issue to court. In making this determination, a number of contextualized, non-determinative factors can be considered (SWUAV at para 51).

While this change may seem trivial, make no mistake — it is powerful.  This seemingly innocuous modification removed the most significant hurdle faced by public interest litigants since the 1992 decision in Canadian Council of Churches v Canada (Minister of Employment and Immigration), [1992] 1 SCR 236 [Canadian Council]. Prior to SWUAV, the very idea that a potential — even hypothetical — private litigant existed could (and often did) defeat otherwise compelling public interest suits from proceeding. The circumstances and restrictions faced by these hypothetical private litigants were not considered in any consistent manner.

The rationale for the Court’s change of heart is equally compelling. Justice Cromwell, a known advocate on the topic, expressed public interest standing as an access to justice issue (SWUAV at para 51):

Courts should take into account that one of the ideas which animates public interest litigation is that it may provide access to justice for disadvantaged persons in society whose legal rights are affected.

This statement acknowledges that disadvantaged and marginalized groups, no matter how directly their rights are affected, often cannot participate in the justice system without mechanisms like public interest standing. The rationale for the Court’s change of heart is equally compelling. Justice Cromwell, a known advocate on the topic, expressed public interest standing as an access to justice issue It thus removes the blanket justification that public interest standing should always take a backseat when private litigants exist.

Civil justice advocates have praised SWUAV for changing the conversation on public interest litigation. Instead of creating a gate to keep out “mere busybodies” (a concern accused of being overblown), the test for public interest standing is now a conversation about the most effective way to adjudicate issues engaging the public interest. For example, see Dana Phillips, “Public Interest Standing, Access to Justice, and Democracy under the Charter: Canada (AG) v Downtown Eastside Sex Workers United Against Violence”, 2013 Constitutional Forum 22(2). Proceeding in this fashion is not only more efficient, it also eases the significant burden placed on Canada’s most vulnerable and marginalized people to bring forward cases in their personal capacities.

In the two years since SWUAV was released, has it actually done anything that can be viewed as increasing access to justice? The following section considers the case law developed in the wake of SWUAV.

Any fear that SWUAV would create a flood of busybodies advancing improper suits has not materialized. At the time of writing this article, SWUAV had been judicially considered 45 times. Public interest standing was granted on 12 of occasions and rejected 19 times (the remaining 14 cases were decided on other grounds, or dealt with different issues).

Some of these 12 successful rulings provide stirring insight into how SWUAV can make the justice system accessible to Canada’s marginalized populations. Any fear that SWUAV would create a flood of busybodies advancing improper suits has not materialized. One particularly pertinent example is Canadian Doctors for Refugee Care v Canada (Attorney General), 2014 FC 651 [Canadian Doctors]. This decision ultimately declared that government cuts to refugee claimant health benefits were unconstitutional.  As a preliminary issue, the government argued that three public interest groups should not be granted standing, because refugee claimants could advance their claims individually (Canadian Doctors at para 329). Notably, the federal government succeeded on nearly identical argument in 1992’s Canadian Council decision, which also dealt with court challenges by refugee claimants (Canadian Council at para 40).

In a clear departure from Canadian Council, the Court was not persuaded by the government’s reasoning. Adopting SWUAV’s contextual and practical analysis, the judge focused on the realistic, lived experience of refugee claimants living in Canada with serious health concerns. By creating inroads for marginalized groups to challenge initiatives of broad public interest, the Supreme Court has reduced the gap between the rights that people possess in theory and those they enjoy in reality.  Despite the fact that these refugee claimants had standing as of right, this population would be particularly reluctant to challenge the very government from whom they were seeking protection.  In addition, these refugee claimants frequently lacked the financial resources or health stamina to launch constitutional litigation. Lastly, the Court remarked that it would be inefficient to require many individual claims where the constitutionality could be addressed in one coherent and comprehensive lawsuit (Canadian Doctors at paras 338 – 344).

While Canadian Doctors is perhaps the most demonstrative decision of SWUAV’s impact, it is not the only reason for optimism. In Manitoba Métis Federation Inc. v Canada (Attorney General), 2013 SCC 14, the Supreme Court of Canada granted public interest standing to a group representing Métis rights, despite the fact that private interest litigants were involved in the suit as well. Drawing on SWUAV’s considerations, the Supreme Court held that the group’s involvement was an effective and reasonable way to represent the collective interests at issue in the suit. A similar result was reached in Conseil scolaire francophone de la Colombie-Britannique v British Columbia, 2012 BCCA 422, where the Court of Appeal held that the involvement of a genuinely interested public interest litigant would actually increase efficiency in the courtroom.

This brief sampling of post-SWUAV case law is not comprehensive, and it does not seek to present the court as the champion of access to justice. Indeed, courts have received ample criticism for not doing as much as they could. However, while no single program or initiative will solve the multi-faceted and complex barriers to our justice system, the expansion of public interest standing is one area where the Supreme Court has seemingly gotten it right. By creating inroads for marginalized groups to challenge initiatives of broad public interest, the Supreme Court has reduced the gap between the rights that people possess in theory and those they enjoy in reality.

This article is reprinted with the permission of the Alberta Civil Liberties Research Centre. Sarah Burton was a staff lawyer with the Centre at the time this article was written.