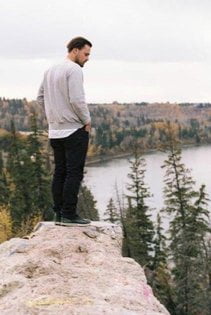 Whether administrative agencies can grant public interest standing the way that courts do is an unsettled question. This question usually arises at environmental agencies whose enabling legislation provides standing based on affected personal interests. Multiple court cases have found that specific agencies have “no jurisdiction” to grant a discretionary form of standing, but these cases have not produced principles of broader applicability. Diving into this debate requires familiarity with the principles of public interest standing developed by the courts and covered in the article “Public Interest Standing and the Bedford Case”  in this issue of Law Now.

Environmental agencies are ground zero for the question because their decisions impact public interests, but the legislation under which they operate often requires that persons be directly affected to receive standing. Administrative agencies are extensions of the executive branch of government. Their decision-making mandates are delegated through ordinary legislation and vary immensely. Environmental impacts are usually indirect, so often, no one is directly affected and issues go unheard. On public land where few citizens have property or economic interests, industrial developments can sometimes be approved with no hearing, even if they impact landscapes, drinking water, air quality, wildlife, recreational opportunities and countless other public values. Conversely, some hearings with open standing such as the Northern Gateway Pipeline hearings suggest that there can be too much public participation. The appeal of public interest standing is its ability to “strike a balance” between broad and narrow standing. Despite this appeal, the debate over public interest standing at agencies is not about what works but rather about maintaining the institutional roles of courts, legislatures and administrative agencies.

Standing in Court vs. Standing at Administrative Agencies

The question originates from the difference between courts and administrative agencies. Courts are independent institutions with constitutional status alongside the  legislative and executive branches of governments. Their role is to decide legal questions through the adversarial model and to uphold the rule of lawOn public land where few citizens have property or economic interests, industrial developments can sometimes be approved with no hearing, even if they impact landscapes, drinking water, air quality, wildlife, recreational opportunities and countless other public values.. Administrative agencies are extensions of the executive branch of government. Their decision-making mandates are delegated through ordinary legislation and vary immensely. This institutional difference raises two sub-questions. One is whether agencies have authority (“jurisdiction”) to grant a discretionary form of standing where legislation provides for standing. The other is whether the principles of common law standing even apply, and if so, whether is available.

Even if an agency has discretion to grant standing, it is not clear that common law public interest standing is available.  The narrow range of “serious issues” for which it has been made available would preclude many agency matters like the hearing of substantive environmental concerns or requests for environmental protection action. Reasons for standing are more closely tied to agency mandates while those against standing are more readily applicable as they resemble general concerns with decision-making efficiency and certainty. In any event, where legislation provides a test for standing, the agencies and the courts that review agency decisions are apt to look narrowly at the standing test.

There are very few court cases on the availability of public interest standing at environmental agencies.  These cases do not form a cohesive body of law or offer principles of general applicability as each is focused on the legislation and agency in question. Nonetheless, these cases are all somewhat similar; they all:

In two mid-1990s cases – Friends of Athabasca Environmental Association v. Public Health and Advisory Appeals Board, 1994 CanLII 8931 (AB QB) and Canadian Union of Public Employees Local 30 v. WMI Waste Management Inc., 1996 ABCA 6 – the Alberta Court of Appeal upheld denials of public interest standing to challenge the approval of a waste management facility. It held that the “directly affected” test indicated the legislature’s intention to require personal interests and made passing reference to the “floodgates” concern. These cases have never been revisited by the Alberta Court of Appeal and may be unreliable authorities as they equated being directly affected with being differently affected from the community at large.

In the 2012 case of Alberta Wilderness Association v. Alberta (Environmental Appeals Board), 2013 ABQB 44 the Alberta Court of Queen’s Bench upheld a denial of public interest standing to challenge a water licensing decision. The court dismissed arguments for a more contextual analysis of agency jurisdiction and did not consider any case law on standing. The brevity of this decision is unfortunate as the facts provided an ideal test case for the questions of jurisdiction and the test for public interest standing. Concerning jurisdiction, the Alberta Water Act under which the original decision was made only provided appeal rights to directly affected persons, but the Environmental Protection and Enhancement Act under which the agency was created suggested broader discretion. Concerning the test for standing, the organizations sought to raise an issue with the legality of a decision which was an issue for which public interest standing is available and suitable for determination by the agency.

This scenario would force consideration of whether the “justiciable” issue requirement means that public interest standing is only for use in the courts, or whether the legality rationale should prevail and allow the issue to be heard. The agency had already found that the organizations held a genuine interest although they were not directly affected, and this would have been a reasonable means as there was no practical likelihood that directly affected persons would appeal. The perverse outcome of Alberta Wilderness Association is that the legality of a decision was shielded from scrutiny by the same agency whose role it is to scrutinize such decisions.

In the 2014 case of Gagne v. Sharpe, 2014 BCSC 2077 the British Columbia Supreme Court overturned a denial of standing by the British Columbia Environmental Appeals Board for reasons of unfairness, overly high standards of evidence and unnecessarily requiring that incorporated organizations show that their members had standing. In reaching this conclusion, it considered some of the judicial policy rationales articulated by the SCC in public interest standing cases including access to justice. None of the above cases necessarily reached the wrong conclusion but their reasoning is problematic.  However, the court provided obiter dictum (an after the decision opinion) that the agency lacked jurisdiction to grant common law public interest standing, even if the “genuine interest” factor would work to separate valid challengers from busybodies. This decision provides a stark contrast between the court’s willingness to intervene in denials of standing under the agency regime and its unwillingness to recognize the availability of public interest standing.

The question of jurisdiction is hard to settle by litigation as the legislation mandating the specific agency always matters. None of the above cases necessarily reached the wrong conclusion but their reasoning is problematic. The courts’ strict interpretation of the legislated tests is contrary to the consideration of context in interpreting the law used in most civil matters and avoids considering the principles of common law public interest standing. The outcome is in stark contrast to the courts’ willingness to intervene in denials of standing under the legislated tests. The answer to the question of jurisdiction is also obscured by the fact that agencies inclined to trigger hearings could simply interpret the legislated tests more broadly. These decisions would likely be upheld.  Agency decisions to grant standing are almost never overturned.

Finding that administrative agencies can grant common law public interest standing to trigger hearings or to add parties would expand the situations where it has been recognized as available to date. Cases so far do not prohibit this recognition, but the debate may become academic if repeat denials of standing deter public interest advocates from seeking standing.

Adam Driedzic is a Staff Counsel at the Environmental Law Centre in Edmonton, Alberta.