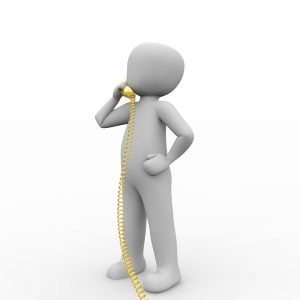 The right to counsel upon arrest is a constitutionally protected right under section 10(b) of the Canadian Charter of Rights and Freedoms. On July 18, 2014, the Supreme Court of Canada clarified the importance of this right in the case of R v Taylor (Taylor). In this case, the police did not provide an opportunity for a suspected drunk driver to access counsel and, in doing so, they denied him his right to counsel. Section 10(b) states that “everyone has the right on arrest or detention…to retain and instruct counsel without delay and to be informed of that right.” It ensures that a detained or arrested individual knows both the nature of the charges and his or her legal options.

The Supreme Court believed that maintaining Canadians’ confidence in the justice system outweighed the benefit of admitting the evidence and convicting Taylor for impaired driving.In building on the section 10(b) cases before it, Taylor clarifies that for Canadians to trust the justice system, police must ensure that they do not simply pay lip service to section 10(b); the right to counsel must become access to counsel. In other words, an accused’s right to seek the advice of a lawyer is an important Charter right that cannot be ignored or violated.

Early on April 13, 2008, Jamie Kenneth Taylor left a party in Cochrane, Alberta, in a vehicle containing four other passengers. Driving at high speeds, he lost control while attempting to turn right. His vehicle hit a street lamp and rolled several times, injuring three of his passengers. Police informed him of his Charter rights at the time of arrest. His response was that he wanted to speak to both his father and his lawyer but police did not give him access to a phone at the scene.

Paramedics found Taylor to be in good health but took him to the hospital for a thorough examination as part of their standard procedure. There, a nurse took five vials of blood from Taylor between 3:05 a.m. and 3:12 a.m. The police asked staff when Taylor would be able to leave the hospital to give a breath sample. The staff were unable to provide a definitive answer, and so an officer issued a blood sample demand to Taylor. A doctor withdrew a second set of blood samples from Taylor at 4:53 a.m. and these samples were given to the police. On the following day the police applied for a warrant to seize the first five vials of blood in addition to the second set that they already possessed. The warrant was granted and the police took this blood from the hospital. The analysis of both sets of blood revealed that Taylor’s blood alcohol level was above the legal limit at the time of the accident. The police used the samples as evidence against Taylor to charge him with impaired driving.

The Alberta Court of Queen’s Bench heard Taylor’s trial in 2011. The Crown conceded that the second set of blood samples were inadmissible because the police had failed to provide Taylor with an opportunity to consult counsel prior to demanding the second set of samples. However, the Crown insisted that the first set of vials, taken 30 minutes after Taylor’s arrival at the hospital, were admissible. The trial judge agreed, stating that there was no section 10(b) breach when staff took the first set. The judge stated that when an accused “is awaiting or receiving emergency medical treatment, there is no reasonable opportunity to provide private access to the accused to a telephone to implement his right to instruct counsel.” The Court admitted the first set of blood samples as evidence and convicted Taylor.

Madam Justice Abella maintained that someone who enters a hospital for medical treatment is not in a “Charter-free” zone.Taylor appealed the decision to the Alberta Court of Appeal. In April 2013, the Alberta Court of Appeal heard Taylor’s case, where they set aside his conviction. The majority at the Court of Appeal found that the trial judge erred in concluding that there was no reasonable opportunity to provide Taylor access to counsel prior to taking the first set of samples. Phones were available at the hospital. Law enforcement admitted to forgetting to assist Taylor in fulfilling his section 10(b) rights, which rendered Taylor unable to “exercise a meaningful and informed choice as to whether he should or should not consent” to having the first samples taken.[12]

The Crown appealed the case to the Supreme Court.

The Supreme Court dismissed the Crown’s appeal. It unanimously agreed with the majority of the Court of Appeal’s conclusion that the police deprived Taylor of his section 10(b) Charter right to counsel throughout the detention process, and that the first set of blood samples were inadmissible as evidence

The Application of Section 10(b)

Madam Justice Abella delivered the Supreme Court’s reasons. She cited several previous cases that have helped to clarify the essence of section 10(b), whose purpose is to allow an arrested or detained individual to be informed of his or her rights and obligations under the law and to obtain advice on how to exercise those rights. The Supreme Court in R v Manninen reiterated that section 10(b) is “meant to assist detainees [to] regain their liberty, and guard against the risk of involuntary self-incrimination.” This ensures that someone who is detained, or “under control of the state” and in possible legal jeopardy, can make a free and knowledgeable choice to cooperate with law enforcement. In R v Bartle and R v Suberu the Supreme Court stressed that the need for this duty begins immediately The majority at the Court of Appeal found that the trial judge erred in concluding that there was no reasonable opportunity to provide Taylor access to counsel prior to taking the first set of samples.at the time of arrest, and the police have a constitutional obligation to provide access to counsel “without delay.”

The Supreme Court also found that the Crown was unable to prove beyond a reasonable doubt that the police’s delay in giving Taylor access to a phone was reasonable. Once at the hospital, 20 minutes passed before staff took any blood. This was more than enough time for the police to ensure Taylor had access to a phone. At no time was Taylor under emergency care that would have rendered his consent impossible. In fact, one police officer conceded that he made a “mistake” and that he could have given Taylor access to a phone if he had remembered to do so. This indicates that no practical obstacle stood in the way of facilitating Taylor’s section 10(b) rights. Madam Justice Abella maintained that someone who enters a hospital for medical treatment is not in a “Charter-free” zone: “Since most hospitals have phones, it is a question simply of whether the individual is in an emergency room. [It] is whether the Crown has demonstrated that…a private phone conversation is not reasonably feasible.” Taylor could have used a phone at any time during the process. He simply was not given the opportunity.

The Grant Test: A Constitutional Safeguard

In some circumstances, the court may choose to admit evidence despite a section 10(b) breach. In other words, even if the police have breached an individual’s right to counsel, the evidence that was acquired may be used by a court in determining guilt or innocence. Doing so involves determining whether to invoke Charter section 24(2), a provision that examines unconstitutionally obtained evidence and determines if excluding it could bring the administration of justice into disrepute. Also known as the Grant test, the section 24(2) analysis balances the “seriousness of the Charter-infringing state conduct, the impact of the breach on the Charter-protected interests of the accused…, and society’s interest in the adjudication of the case on its merits.” The Court agreed that the police’s conduct was serious and that it was a significant violation of Taylor’s right to counsel.

The judge stated that when an accused “is awaiting or receiving emergency medical treatment, there is no reasonable opportunity to provide private access to the accused to a telephone to implement his right to instruct counsel.” The Supreme Court noted that the public has an interest in seeing the court admit the blood samples as evidence because drunk driving is a severe crime against the state. However, the Court ruled that police placed Taylor’s medical interests in direct tension with his constitutional rights. Taylor was in a legally vulnerable position when hospital staff took blood samples before he had the opportunity to consult with legal counsel. His health was not an emergency, and the police admitted that there were time and resources available to help Taylor realize his section 10(b) rights. They simply forgot to do so. The Supreme Court stressed that it could not accept this type of behaviour from police, therefore, it excluded the evidence:

[In our] view, the seriousness of the Charter breach and the impact of the police conduct on Mr. Taylor’s interests are such that the admission of the evidence would so impair public confidence in the administration of justice as to warrant the exclusion of the evidence.

Significance of the Ruling

R v Taylor illustrates that access to counsel is a fundamental principle of Canada’s justice system. Paying lip service to Charter rights is simply not adequate. Here, the Supreme Court maintained that the police could not assume that barriers to access existed. They were required to prove it. They also had an obligation to ensure that they assisted the accused in fulfilling his or her Charter section 10(b) rights, because it is often impossible for the accused to do so alone.

Yet, the Charter has a built-in safeguard that allows evidence to be gathered and admitted despite a violation of an individual’s Charter rights if doing so is in the best interests of justice. In some cases, the Supreme Court must admit evidence in order to achieve a just result. This was not the case in Taylor. The Supreme Court believed that maintaining Canadians’ confidence in the justice system outweighed the benefit of admitting the evidence and convicting Taylor for impaired driving.

R v Taylor illustrates the importance of upholding Charter values in the criminal justice system and, in the words of Madam Justice Abella, hospitals are not “Charter-free zones.” Indeed, the Charter applies everywhere and at all times for everyone, and the police must respect an accused’s right to counsel or risk undermining the public’s confidence in our justice system.

This article was prepared for the Centre For Constitutional Studies and was first published in the Centre’s Newsletter on December 17, 2014. it is reprinted with the permission of the Centre.

Lorraine Snyder is a law student at the University of Alberta.