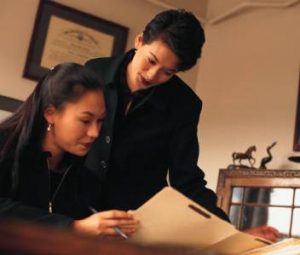 Some 20 years ago, a sexual offender broke into a series of homes in downtown Vancouver. Several of the victims visually identified Ivan Henry as the perpetrator based on an in-person line up, a photographic line up or when he was sitting as the accused in court. Given the similarities between the cases, Henry was convicted of ten sexual assaults, declared a dangerous offender and sentenced to an indeterminate jail sentence – literally life.

Defence lawyers are required by our Code of Conduct to be more than advocates without restraint. We must advocate by “fair and honourable means, without illegality” while “maintaining dignity, decorum and courtesy.”The women who testified against Henry were not liars. They were tragically mistaken in the context of traumatic events. Of note, they were not professionally cross-examined during the trial because Mr. Henry wound up representing himself.

How far can – and should – the criminal justice system go in testing the evidence of someone who is, or at the very least believes themselves to be, a sexual assault survivor?

The Nature of a Criminal Trial

Lawyers are required to follow established Codes of Conduct which say this about the role of lawyers as advocates:

The lawyer has a duty to the client to raise fearlessly every issue, advance every argument and ask every question, however distasteful, that the lawyer thinks will help the client’s case and to endeavour to obtain for the client the benefit of every remedy and defence authorized by law.

For survivor advocates, this quote may seem to ignore the reality of the harm caused by sexual violence. That is not the harm the criminal trial process is intended to address. It is a misconception that criminal trials are about witnesses. A criminal trial is not for victims.

The criminal trial process is centered on preventing the horrifying tragedy of locking up an innocent person in jail for 27 years. It is designed to ensure that if the most extreme power of the state – a denial of freedom and branding as a criminal – is used against a citizen, it is done only where we have used a process that is as fair as possible.

If the trial process determines a person guilty, the justice system, through sentencing, considers the effects of a crime on victims and society in general. At this stage victims can provide personal details through Victim Impact Statements and the Crown speaks for the public about the impacts of the offence. At the same time, the fact that there is a unique individual being sentenced remains central to ensure that a sentence is just and not focused exclusively on retribution or revenge.

Procedural Rights and Protections worth Fighting For

Failing to meet the standard of beyond a reasonable doubt does not necessarily mean that a witness was lying. It may mean that there is too great a possibility that a witness was mistaken.  An accused person has protected rights at trial because there has been a deliberate migration away from a Dickensian time where people could find themselves in jail for being on the wrong side of those in power. Our constitutionally protected package of criminal justice rights grew out of a system where an accusation by the wrong person was as good as a conviction. The word of a priest, sheriff or politician was often taken at greater value than that of a baker or cobbler, let alone that of a debtor or a woman. A presumption of truth in favour of any one class of person or group is not justice.

The presumption of innocence and the burden of proof on the state protects us from state persecution by placing an obligation on the state to gather adequate evidence for impartial evaluation. The requirement for the state to prove a charge that it (not a witness) has laid on the high standard of proof beyond a reasonable doubt eliminates the opportunity for persons of power or stature to dictate who can be imprisoned. The standard of beyond a reasonable doubt does not demand certainty, which would often be impossible, but it is much closer to certainty than probability.

There are other protections for complainants in a sexual assault trial. First, the definition of consent is based on the subjective perception of the complainant. When a witness says that in his or her mind she did not consent to an act, then that is evidence of non-consent. Second, witnesses may have the option to give their evidence outside the courtroom via closed circuit television, behind a screen or with a support person sitting beside them.

Of note, given the public destruction that can result from a sexual assault accusation, a great many accused would like nothing more than a non-public courtroom. The history of open courtrooms was meant to prevent the harm of such powerful decisions being done without the opportunity for public scrutiny.

The Role of the Defence

A defence lawyer plays a key role in this system. The defence lawyer is often the only person standing beside a person accused. That person has been detained, arrested, charged, often interrogated, sometimes deprived of their freedom and is facing an accusation supported by a police force who have gathered evidence against him or her and the powers of the Crown to prosecute. It has been my experience that most accused, including well-educated and outwardly sophisticated individuals, are overwhelmed and intimidated.

What is more contentious is the extent to which a lawyer can pursue questioning of a complainant while remaining courteous in the courtroom.Another common outcome in a sexual assault trial is that the judge does not know who to believe. Again, that is very different from saying that she or he does not believe a victim. All we are able to discern is what each person credibly believes about what occurred. This is surely unsatisfying for a victim who feels violated. It is also not a basis on which to convict someone of a serious criminal offence.

But why does the accused get to sit in court and answer nothing? Recall that a trial is not about a witness. It is about the prosecution of the accused. In that context, the accused’s right to silence tries to level the tremendous power imbalance between an individual citizen and the powers of the state. We do not demand that citizens prosecute or incriminate themselves.

Defence lawyers are required by our Code of Conduct to be more than advocates without restraint. We must advocate by “fair and honourable means, without illegality” while “maintaining dignity, decorum and courtesy.”

The criminal trial process is centered on preventing the horrifying tragedy of locking up an innocent person in jail for 27 years. This includes advocating within the bounds of the laws that evolved to remove erroneous stereotypes about gender and sexuality. For example, defence counsel cannot ask a complainant about any sexual activity, consensual or otherwise, with the accused or anyone else, without prior permission from the court. That permission will not be granted if the defence lawyer’s only purpose is to suggest that the complainant is inherently less credible or presumptively more likely to consent because of some sexual activity other than the incident at issue.

Lawyers must challenge a complainant with their client’s core defence. Lawyers are required by law to give every witness a fair opportunity to respond to the basic premise on which their evidence is being challenged. If the accused’s defence is one of consent, a defence lawyer is obliged to put this to the complainant. If the defence is a denial, then similarly, a defence lawyer is required to suggest to the complainant that what they have said is false or completely mistaken. The rationale is that it allows the other side to provide a response. In practice, this confrontation will be, at best, uncomfortable.

What is more contentious is the extent to which a lawyer can pursue questioning of a complainant while remaining courteous in the courtroom. Some lawyers, like people in any interpersonal context, use vinegar while others use honey to achieve strategic purposes. The Crown can, and does, object when questions become irrelevant, which might include questions clearly meant only to demean a witness. It is also the role of a judge to control the decorum in a courtroom.

Like any -rganized and -un system, our criminal justice system is subject to continuing improvements. To the extent that society’s views on gender and sexuality evolve, so too should our justice system. Similarly, as our understanding of human perception and memory improve, our ability to evaluate memory will become better attuned. This will ensure that people who have been victimized get effective support and only those society is certain are responsible for a crime are convicted.