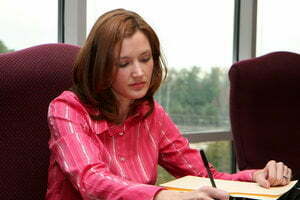 Imagine spending years in university, only to graduate and find out that in order to secure a job, you would have to work an undetermined amount of time for free.  At the end of the internship, there will be no assurance of employment; instead, you can chalk it up to getting some good experience and, hopefully, a reference.

This is precisely what many students are finding themselves faced with:  the increasingly competitive job market forces graduates to essentially extend their education by taking a job high in expectations, and low in compensation.  Worse, because of the lack of regulation around internships, many students find themselves in situations where they do not know their rights, and are unsure of what they can reasonably expect or demand.

In some cases, internships are a required part of obtaining a degree.  But, in many reported cases, internships have preyed on young people. … the increasingly competitive job market forces graduates to essentially extend their education by taking a job high in expectations, and low in compensation.  New graduates tend to choose an internship with the hopes it will result in reference letters, but the work students are being asked to do can sometimes be qualified as mistreatment by the employers.  Filing a complaint is risky and can result in the reference letter being revoked.  Worse, the profound lack of regulations and enforcement has contributed to the mishandling of an entire employment industry.  The absence of oversight has become a hot issue in the federal government, due in part to a tragic death of an Edmonton student.

Andy Ferguson was one of those students.  Studying radio and television at NAIT in Edmonton, Andy had a four-month unpaid internship for Astral Media. Labour laws in Alberta do not include unpaid work by students or interns in provincially regulated workplaces.  Their stations include “The Bear” and “Virgin Radio.”  This practicum was mandatory to graduate, but Andy was also working as a paid intern at the same radio stations.  In other words, he was working up to sixteen hours at a time in both positions.  After one of those very shifts, Andy crossed the centerline while driving and hit a gravel truck head on at 6:00 in the morning following an overnight shift.  He was killed.

Federal laws do not protect interns at this time.  Each province has its own statutory provisions to deal with employment standards, though many are unspecific about internships.  For the purposes of understanding the ambiguity of the laws around internships, here is a very brief review of provincial statutes.

Labour laws in Alberta do not include unpaid work by students or interns in provincially regulated workplaces.  The definition of employee in the Employment Standards Code is vague in that it doesn’t pointedly include interns.  Still, internships are not illegal as long as they are part of a formal education program.  There is vagueness around whether interns should be entitled to the minimum wage of $10.20 per hour.

The law provides for a minimum wage for most employees, but doesn’t clearly state whether interns are entitled to the wage.

Unpaid internships are illegal unless they are part of an approved work experience program, or they provide training for certain professions.

Unpaid internships are illegal unless they are part of an approved program, the internship provides training for certain professions (i.e. law or dentistry), or the internship meets six conditions that are required to be considered a “trainee.”  The training must:  1. Be similar to what would be given in a vocational school, 2. Be for the benefit of the individual, 3. Ensure there is no benefit derived by the employer while the intern is trained, 4. Not displace employees of the person providing the training, 5. Not accord a right to become an employee of the organization providing the training, and 6. Be upfront about remuneration for the time spent in training. (Editor’s Note:  See the article “Possibly, Maybe, Perhaps” in this issue for a more detailed discussion of the Ontario legislation.)

Unpaid internships are illegal unless the internship is part of a program provided by an approved educational institute, the internship is with a non-profit organization with social or community purpose, or it is an internship that is associated with a vocational program.

An hourly minimum wage is provided for most employees, but the definition of employee is defined as a person who performs work for wages.  It is unclear that this applies to interns.

A minimum wage of $10.00 per hour is provided for most employees.  An employee is defined as a person who works under a contract of service for an employer.  Because the definition is broad, it could include interns.  Yet, if the internship is part of a formal educational program, it can be unpaid.

A minimum wage has been set at $10.15 per hour.  An employee is defined as a person employed to do work.  Internships could be included in this definition.  If the internship is a part of a formal educational program, no hourly wage is required.

The hourly wage is set at $10.00 for most employees.  An employee is a person who performs any work, but also includes someone who is being trained by an employer.  It is unclear whether unpaid interns qualify for minimum wage.

All of these terms must be complied with in order for an organization to hire someone without pay.

Although the new Act would only apply to federally regulated organizations, it would extend workplace standards and protections to all unpaid interns, and set clear rules and conditions for the use of any unpaid internships.  Additionally, the bill proposes that if the employer provides unpaid training in compliance with these conditions, they must notify the employee what the terms of the training are, including length of the program, and what the employee will be doing; the hours or work expected; the fact that there will be no pay; and they must keep a record of the hours worked by the employee.

Although the new Act would only apply to federally regulated organizations, it would extend workplace standards and protections to all unpaid interns, and set clear rules and conditions for the use of any unpaid internships.

Ultimately, the proposed private member’s bill aims to prevent abuse of interns and to help young Canadians avoid exploitation from employers.  According to the “The Link,” an online independent newspaper from Concordia University, MP Liu suggests that the bill would provide interns with the same protections as other employees by limiting the workweek to 48 hours, provide the interns with the right to refuse dangerous work and protect them from sexual harassment.

While the purpose of internships is usually to gain valuable experience, to date, they have not fulfilled their mandate. A bill like the Intern Protection Act is very important, but the statistics around these types of bills passing are disappointing.  In the past one hundred years of Canada’s Parliament, only 229 private members’ bills have passed.  Here’s to hoping this one is number 230.