Section 33 of the Canadian Charter of Rights and Freedoms (“Charter”) is known as the “notwithstanding clause” and the “override clause.” It allows governments to suspend the rights in section 2 and sections 7 to 15 of the Charter for consecutive five-year periods.

As a “superpower”, it happens to be the most controversial Charter provision. This article explains the notwithstanding clause in detail.

Section 33 is intended to leave some law and policy-making power in the hands of elected officials. The enactment of the Charter significantly expanded the power of judges to strike down and re-write legislation. In return for their consent to the Charter in 1982, some provinces insisted on having a democratic override of the courts over some rights. This compromise, the ‘notwithstanding clause’, allows governments to suspend some rights by declaring their legislation shall operate notwithstanding the Charter.

What Rights Can be Overridden? 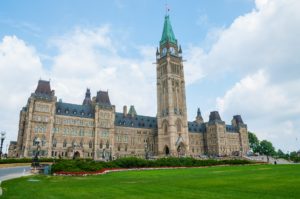 Section 33 can override rights in sections 2 and 7 to 15, including fundamental freedoms, legal rights and equality. Accordingly, governments can override our:

Governments could also override rights to conduct unreasonable searches and seizures and subject us to cruel and unusual punishment. And equality rights can be paused.

Rights associated with criminal justice administration can also be suspended. The government may demand an accused give evidence, be arbitrarily detained or imprisoned, remain unaware of the reasons for arrest or the specific offence charged, and denied access to a lawyer. Rights such as trial within a reasonable time, bail, presumption of innocence, jury trials, language interpreters and double jeopardy can all be overridden.

What are the super-rights that cannot be overridden and suspended?

However, all three of these categories of rights have some of their own built-in flexibility.

Although section 33 confers substantial power on governments, they have been exceedingly reluctant to use it. Section 33 has been used very sparingly in the almost forty years of the Charter’s existence. A government’s mere hint at overriding a Charter right for five years brings a harvest of scorn and contempt from the media and liberal interest groups that few are willing to unleash.

Governments cannot override retroactively. To invoke the override, government must make its express declaration to do so and this is not subject to judicial review. Government does not need to justify its action at all. Presumably, the justifying will come in the next election campaign.

Section 33 can override rights in sections 2 and 7 to 15, including fundamental freedoms, legal rights and equality.Quebec did not originally sign on to the Charter in 1982 and, in protest, immediately issued a blanket declaration that all of its legislation would operate notwithstanding the Charter. This made a mockery of the clause until the gesture ended.

In Ford v. Quebec, the Supreme Court of Canada ruled in 1988 that Quebec’s sign language law violated freedom of expression. Quebec invoked section 33 to reinstate the prohibition of languages other than French on signs. We discussed this case in a recent LawNow article. After five years, Quebec did not renew the override and simply required French as the predominant language on signs in the province.

Quebec most recently has pre-emptively invoked the override to support its state laicity legislation: An Act Respecting the Laicity of the State (Bill 21), section 30. On the basis that a society should be served by religious-neutral institutions and public services, individuals who exercise higher public authority are prohibited from wearing religious symbols while on duty. Opponents claim this law breaches equality and freedoms of conscience and religion. The Bill became law in June 2019. While Quebec’s activation of the notwithstanding clause has shielded it from most Charter contests, numerous court challenges continue to assail against it nevertheless.

Override Threatened or Invoked Without Effect

Yukon inserted the override in legislation that passed in late 1982 but not ultimately proclaimed into force.

Often governments have promised to trigger the notwithstanding clause and have backed down or found it ultimately unnecessary. Alberta proposed using the override in 1998 to limit compensation that sexual sterilization victims would receive. It scrapped this plan in the face of strong opposition. Two years later, in its Marriage Act, Alberta used the override to define marriage as the union between a male and a female. However, in 2004, the Supreme Court of Canada decision in Reference re Same-Sex Marriage determined that marriage fell under federal legislative jurisdiction and Alberta’s legislation (including the override) enjoyed no legal effect.

In late 1999, the federal government publicly mused an override of the British Court of Appeal decision R v Sharpe, which struck down crimes relating to possession, distribution and sale of child pornography. The Supreme Court of Canada went on to overturn the lower ruling in 2001 and the government exhaled.

Saskatchewan applied the override to undergird its back-to-work legislation in 1985 after a Queen’s Bench decision in Retail, Wholesale and Department Store Union, Local 544 v. Saskatchewan found a violation of freedom of association. In the follow up 1987 appeal, the Supreme Court of Canada in RWDSU v. Saskatchewan concluded that the subject legislation did not infringe the Charter so the override was unnecessary. The Supreme Court curiously changed its mind again in 2015 in another Saskatchewan case, which has received criticism in a recent LawNow article. While a provincial override was not required in 1985, today it would be required.

Section 33 is intended to leave some law and policy-making power in the hands of elected officials.More recently, Saskatchewan reached for the notwithstanding clause to ensure its education funding policy in the School Choice Protection Act passed in 2018. This was in response to a 2017 Saskatchewan Court of Queen’s Bench decision in Good Spirit School Division, which found that funding non-Catholic students to attend Catholic schools violated the Charter. The Saskatchewan government sought to preserve its schooling-funding model, which had been in place for more than 100 years. In March 2020, the Saskatchewan Court of Appeal, in Saskatchewan v Good Spirit School Division, found no Charter infringement. Again, the override was rendered superfluous.

In 2018, the Better Local Government Act (Bill 5) sought to shrink Toronto City Council to about half of its existing wards. The first court struck down Bill 5, concluding the legislation disregarded municipal voters’ freedom of expression. In response, Ontario introduced Bill 31, the Efficient Local Government Act, a reworked version of Bill 5 which declared the override. It also proved redundant when the Ontario Court of Appeal granted a stay of the lower decision. The 2018 Toronto municipal election proceeded with 25 wards and Bill 31 – with its override – was abandoned. The Supreme Court of Canada granted leave to appeal the original decision in March 2020.

Vaccinations for school students is the current override subject in New Brunswick’s Bill 11. This law, which is still making its way through the legislative process, eliminates non-medical exemptions to vaccinations. Section 4 declares the Act shall operate notwithstanding Charter sections 2 and 7 to 15.

The override clause is a uniquely Canadian invention in world constitutions. Still, today it is constitutionally easy, but politically very complicated, for a Canadian government to use section 33 in the way it was envisioned. Opponents of the provision claim that suspending rights is anti-Charter. But what could be more pro-Charter than embracing one of its provisions? The requirement of re-declaration every five years – coinciding with election cycles – adds to the political checks and balances.

Often governments have promised to trigger the notwithstanding clause and have backed down or found it ultimately unnecessary.Quebec is the only jurisdiction to effectively utilize section 33. It has done so twice: first to re-enact legislation that had been struck down by the courts and in the second to pre-emptively avert any Charter scrutiny.

By far, most of the provision’s play in Canada outside of Quebec to date has been fruitless and ineffectual for various reasons. The section has misfired or been applied tactically. Provinces have uttered – and later retreated from – threats or promises to invoke the clause. Where they have used it, they have not followed through to operationalize the legislation.

More commonly, governments signaled their intention to apply the clause after facing unfavourable lower court decisions but found the override unnecessary when appellate courts later reversed those decisions. One wonders whether appellate courts feel more constrained in their judicial review to conclude there was no Charter breach where the override is clearly already in play in some way. If so, the notwithstanding clause’s value might be found more in the spectre of its use than in its actual use.

The lingering overall negative connotation around the notwithstanding clause means the judiciary’s law and policy-making powers are rarely challenged. Until it has gained more acceptance through regular principled use without disgrace, Canada will not know the significance of this unique superpower in shaping public policy and law.

Carter Czaikowski is a student at the Haskayne School of Business at the University of Calgary.

Josh Zablocki is a student at the Haskayne School of Business at the University of Calgary.