You are here: Home / Special Report / 38-4 The Law and Persons with Disabilities / “Meaningful Access”: Students with learning disabilities strive to be included
Reading Time: 4 minutes 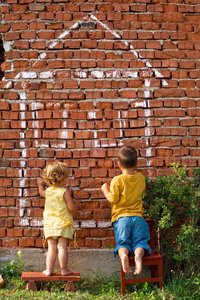 Jeffrey Moore attended public school, at School District No. 44 (the “District”), from kindergarten to grade three, beginning in 1991. Jeffrey had access to an aide and attended a Learning Assistance Centre; his parents hired a private tutor. By January 1994, in grade 2, Jeffrey had serious headaches; he was under “significant stress”, was making slow progress in school and was behaving immaturely. He underwent a full psycho-educational assessment and was diagnosed with a severe learning disability. A District psychologist referred Jeffrey to the District’s Diagnostic Centre, however funding cuts intervened and the Diagnostic Centre was closed down. The District had no other program to refer Jeffrey to, and therefore, it  recommended that he attend a private school that specialized in learning disabilities. The private school was not available until grade 4 and so Jeffrey had to stay at his existing school as he struggled to read and his self-esteem dropped. Jeffrey’s dad, Frederick Moore filed a complaint against the Ministry of Education and the Board of Education in School District No. 44 for failing to provide the learning supports that Jeffrey required. Moore v British Columbia (Education), 2012 SCC 61 (“Moore”)

This case is informative about a school board’s responsibility to accommodate students with learning disabilities. A District psychologist referred Jeffrey to the District’s Diagnostic Centre, however funding cuts intervened and the Diagnostic Centre was closed down. In British Columbia it is estimated that three percent of students have a learning disability (Supporting Students with Learning Disabilities: A Guide for Teachers, Sept 2011, BC Ministry of Education).  The Learning Disabilities Association of Ontario notes that estimates of children who have a learning disability range from 2% to 10% (Learning Disabilities Statistics). This range is affected by the definition of “learning disability”. There is no definition that is widely accepted and so there is no agreement as to whether certain conditions are included in the category of “learning disability”. Regardless of the numbers, Moore notes that, “adequate special education … is not a dispensable luxury.” [para 5] In fact, Abella, J. says that it is a “ramp” into the legislated commitment to educate all children. [para 5]

The purpose of the British Columbia school system is to enable all learners to develop their individual potential and to acquire the knowledge, skills and attitudes needed to contribute to a healthy, democratic and pluralistic society and a prosperous and sustainable economy.

This statement is aimed at all learners and not just learners who do not have a learning disability.  In the Moore case, the cuts in the District were made disproportionately to special needs programs. Jeffrey had not received sufficient education at an early stage to address his severe learning disability. He had been given some access to support such as an aide and extra tutoring. However, he had not received adequate support given his challenges and the District’s recommendations. The District had recommended that Jeffrey be placed in the Diagnostic Centre for a more intensive program. However, the closure of the program, coupled by no backup plan or assessment as to the effect of the closure, resulted in discrimination.

In the Moore case, the cuts in the District were made disproportionately to special needs programs. For instance, there was an Outdoor School that was not cut even though it cost the District a similar amount. The Supreme Court of Canada affirmed the Tribunal’s finding that there had been discrimination by the District, based on Jeffrey’s learning disability.

The Court noted that the stress Jeffrey was experiencing would have improved with assistance for his learning disability. Getting support can bolster a child’s self-confidence and decrease incidents of behavioural problems.

A panel for the Edmonton Regional Learning Consortium (the “Panel”) suggested the following to assist students with learning disabilities and to provide them with “meaningful access” to general education:

The Panel noted that schools must focus on having a mechanism to identify students and a process to review requests and to ensure that the school does not dismiss a parent’s request without further investigation. (Moore v. British Columbia (Education): what does it mean for inclusive education in Alberta? Mar 21, 2013 12:13, Webinar)

Jeffrey completed his program at the private school in grade 7 and was reading at a grade 5 level, with math at a grade 7 level. He later completed high school at another private school for children with learning disabilities. Clearly he was able to learn with the right program and supports. Frederick Moore was awarded $10,000 for injury to dignity and the money to pay for Jeffrey’s private school tuition from Grade 4 to 12.

You can learn more about the findings in Moore from The Supreme Court Changes Direction: Disability and Discrimination by Linda McKay-Panos, Law Now January 1, 2013.

Melissa Luhtanen J.D., is a lawyer and human rights educator at the Alberta Civil Liberties Research Centre in Calgary, Alberta.