You are here: Home / Special Report / 45-1: The Law of Film / The Art of Canadian Taxation
Reading Time: 6 minutes

Jean-Baptiste Colbert said, “The art of taxation consists in so plucking the goose as to procure the largest quantity of feathers with the least possible amount of hissing.” I suspect that this is the closest that most would equate tax and the arts.

But the arts provide the livelihood of artists, and income tax applies to that livelihood as it does to other forms of income. Unusual tax issues can arise within the arts, issues which the income tax system is forced to address. This article discusses a sampling of such issues.

The Kindness of Others 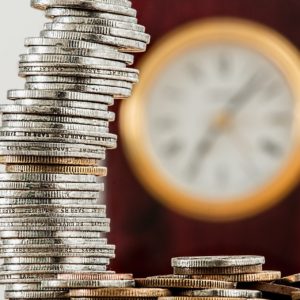 Many arts organizations are charitable organizations. Most Canadians are well aware that donations to registered Canadian charities generate a personal income tax credit.

Donations of “cultural property” to organizations such as museums can generate a further benefit – no portion of capital gains on such property is included in income for tax purposes. Prior to donation, the Canadian Cultural Property Export Review Board must certify and value the property. The receiving institution may be familiar with this process, or at least willing to learn in order to secure the donation.

The income tax system thrives on definitions. Art, by its nature, defies precise definition. As a result, different provisions may apply to different “arts”. One special rule is provided for a business which is an “artistic endeavour”. The legislation describes an artistic endeavour as “creating paintings, prints, prints, etchings, drawings, sculptures or similar works of art” but excludes a business which reproduces such works. The individual carrying on such a business may elect to value inventory of that business at nil.

Normally, inventory must be valued at the lower of its cost or fair market value at each business year-end. Imagine trying to determine the cost of canvasses, paint or supplies used in sculpture which form any given piece of artwork. Then, assess the value of any artist’s work when it has not yet been sold. This election provides a much-needed simplifying assumption.

Given the cliché regarding the value of art during and after the artist’s lifetime, determining that value immediately prior to death – to report a deemed disposal at fair market value – would create further interesting arguments at the Tax Court and unwelcome costs for those administering, or benefitting from, the artist’s estate.

Working for the Man

Of course, not all artists are self-employed. Employees who earn income from an “artistic activity” may deduct expenses incurred in respect of such costs, to a maximum of the lesser of $1,000 and 20% of their earnings from such employment. They can carry forward any excess for possible deduction in future years. Certain amounts deducted under other provisions, related to interest or depreciation of a vehicle, or to musical instruments (discussed later in this article), reduce this annual limit. Other expenses deductible under the rules applicable to all employees could be deducted under those provisions. For example, employees may deduct costs of supplies they must provide which they consume in the course of their employment.

Two special tax credits are available to corporations involved in film or video production.The definition of “artistic activity” is broader than the “artistic endeavor” described above. Artistic activity covers:

The Sound of Music

Employed musicians enjoy a special provision allowing them to deduct costs related to a musical instrument which they must provide in the course of their employment. These costs could include rental, maintenance or insurance of the instrument. As well, employed musicians can claim a “capital cost allowance” (the tax term for depreciation) on these musical instruments. Few other assets generate such claims for employees.

For incorporated musicians, the treatment of royalties they receive on their work as “active business income” (ABI) or “specified investment business income” (SIBI) significantly impacts the rate of corporate taxes applicable. SIBI is subject to higher corporate tax rates. This includes income earned from property, generally including royalties.

A 2018 tax case (Rocco Gagliese Productions Inc. v Her Majesty the Queen) examined the application of these provisions to a corporation which composed music. The Court concluded that royalties were the manner in which music composers collected active business revenues. Residual royalties from rebroadcasts were incidental to that active business. As such, this income was ABI for a composer, and not SIBI.

For a taxpayer like myself – whose ability to produce music of a quality anyone would wish to hear is limited to the radio, the stereo and streaming services – such income would be SIBI earned on property (purchased royalty rights). It would be taxed like term deposit interest or real estate rental income. The composer, however, carries on the active business of composing music.

The definition of “artistic activity” is broader than the “artistic endeavor” …The Canadian Film or Video Production Tax Credit is available to certain Canadian corporations whose primary activity is film or video production carried on in Canada. A refundable income tax credit is available for 25% of “qualified labour expenditures” incurred in respect of a production certified by the Minister of Canadian Heritage. Among other requirements, certification requires that Canadian entities retain an “acceptable” share of revenues from non-Canadian markets.

Eligible labour costs are subject to detailed definitions. They can include payments to both employees and non-employee service providers (with the latter restricted based on the service provider’s labour costs), with restrictions for services rendered by non-residents of Canada.

The Film or Video Production Tax Credit provides similar assistance for “accredited productions”, requiring similar Ministerial certification. The rules are similar, but the credit is 16% of “qualified Canadian labour expenditures”. These must relate to services rendered in Canada in respect of the production. This is a less lucrative credit available for productions not meeting the requirements of the first credit.

Some provinces also have credits for film, video, digital media or animation projects. These would expand the scope of this article beyond any practical size. Interested readers can review PWC’s summaries of these incentives at PWC’s website.

Tax credits often attract tax shelter promoters, which have intersected with the arts over the years. The Canadian Film or Video Production Tax Credit discussed above is not available for any production where the production, or a person with a significant interest therein, meets the definition of a tax shelter.

A series of high-profile tax shelters in the 1990’s and early 2000’s, referred to as “buy low – donate high” shelters, attempted to take advantage of uncertainties in the term “fair market value”. These shelters purchased various commodities in bulk and then donated them to charities. They would claim the donation based on a much higher value, on the argument that this should be without the discount applicable to bulk purchases. In the years since, the courts have held that many of these tax shelters relied on unsupportable valuation numbers, even considering these uncertainties.

In the interim, however, the government implemented legislation to limit the value of certain donations of property to the cost of the property. These rules apply to property acquired under “gifting arrangements” which were tax shelters and other properties held for less than three years before being donated (ten years if the property was acquired for the purpose of being donated).

The Power of the Press

Employed musicians enjoy a special provision allowing them to deduct costs related to a musical instrument … According to my own less than comprehensive research (a google search), journalism is an art, not a science. The government has recently implemented several tax incentives to assist Canadian journalism. These incentives are not addressed here for reasons of length of the article, the fact that few people would include journalism in a plain English definition of “the arts” and to save the topic in case there is a future edition of this publication addressing legal issues relevant to the news media. However, should the reader be interested, the Canada Revenue Agency discusses these measures.

As with virtually all articles on taxation, the above is a general overview. Often, specific criteria must be met to claim certain credits and deductions. Professional advice to ensure a complete understanding of these requirements is strongly advised.

As with many cultural areas, the Canadian income tax system seeks to offer incentives to Canadian taxpayers within, or contributing to, the arts in Canada. As indicated above, however, the rules can become quite complex – one might say there is an art to both drafting and interpreting such legislation. At least, if one is a self-confessed tax nerd lacking any true artistic skills, which certainly describes the writer.