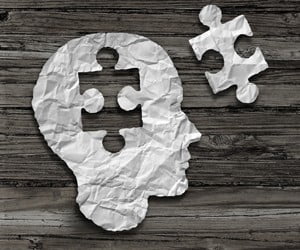 It was only a matter of time before the Canadian Football League (CFL) would be named in a concussion class action lawsuit. On the heels of the first CFL concussion lawsuit filed last year in The Supreme Court of British Columbia, a class action suit being filed last year against the National Hockey League over Canada’s national winter sport, and no doubt emboldened by the $1 billion NFL settlement, two former players have filed a claim against the CFL for $200 million.

On May 29, 2015 Korey Banks and Eric Allen filed a statement of claim on behalf of all retired CFL football players since 1952 with the Ontario Superior Court. Banks is a former Mississippi State standout and played in the CFL from 2004 to 2014. He won the league championship Grey Cup twice and was named CFL All-Star four times.

Allen was a star running back at Michigan State and played for the Toronto Argonauts from 1972 to 1975. The lawsuit names Mark Cohon, the commissioner of the Canadian Football League, the CFL, all nine teams in the CFL, an internationally renowned doctor who specializes in sports concussions, and a medical centre which employs the doctor. The claim states that the defendants caused or contributed Banks and Allen to suffer brain injuries due to multiple sub-concussive and concussive blows On May 29, 2015, Korey Banks and Eric Allen filed a statement of claim on behalf of all retired CFL football players since 1952 with the Ontario Superior Court. and that the brain injuries have and will continue to cause suffering.  The lawsuit alleges negligence and negligent misrepresentation. Tearing a page from the NFL class action lawsuit, Banks and Allen claim that the CFL profits from the glorification of the brutality and ferocity of the game and has taken insufficient steps to make football safer.

Banks and Allen claim that:

Banks and Allen claim that the CFL profits from the glorification of the brutality and ferocity of the game and has taken insufficient steps to make football safer.They similarly allege that Dr. Charles Tator, whom the CFL partnered with as part of its Canadian Sports Concussion Project at the Krembil Neuroscience Centre, is negligent for an article entitled “Absence of chronic traumatic encephalopathy in retired football players with multiple concussions and neurological symptomatology” published in Frontier in Human Neuroscience. Banks and Allen claim that the findings in the article were false or misleading and that CFL players relied upon these misrepresentations.

Citing the Journal of the American Medical Association (JAMA), the New England Journal of Medicine,  Neurology and The Lancet, the suit makes a number of claims, including that medical studies have collectively established that “football players should cease to play football after receiving their third concussion,” in effect a  “three strikes and you’re out” approach to multiple concussion management. Banks and Allen claim that the CFL is negligent for failing to impose rules to protect them from brain injuries and for not promulgating such a “three strikes and you’re out” rule. They also claim that Dr. Tator is negligent for failing to acknowledge such a rule and for not warning about the risks of multiple sub-concussive and concussive blows to the head. No specific sources are cited to support these claims.

The lawsuit claims that, “Since at least 2007, Commissioner Cohon knew of the long-term harmful effects of multiple sub-concussions and concussions on the plaintiffs’ and other class members’ brains [and that ] in spite of that knowledge, Commissioner Cohon actively concealed and/or systematically failed to disseminate those facts to the plaintiffs and the other class members.”

To wit,  at the CFL Players Association AGM in 2011, players learned – for the first time – according to Winnipeg Blue Bombers defensive tackle Doug Brown who was present and wrote the following in the Winnipeg Free Press:

“According to information from a UNC study we were shown, ‘Repeatedly concussed NFL players had five times the rate of mild cognitive impairment (pre-Alzheimers) than the average population.’ The same study also showed that, ‘retired NFL football players suffer from Alzheimer’s disease at a 37 per cent higher rate than average.’ Going into this conference we were all somewhat familiar with the long-term consequences of playing football, but not to the depth that was introduced at our meetings. Next we were shown that Time Magazine had produced a story about football called The Most Dangerous Game, and the author, Sean Gregory, concluded that, ‘Men between the ages of 30 and 49 have a one in a thousand chance of being diagnosed with dementia, Alzheimers, or another memory related disease. An NFL retiree has a one in fifty-three chance of receiving the same diagnosis.’ This was around the moment in Las Vegas where a collective ‘thunk’ was heard as all of our jaws hit the floor. These are not CFL statistics, but you would have to be pretty naive to think that these facts do not apply to our game as well.”

While the CFL and Dr. Tator have yet to respond to the Banks and Allen lawsuit, their defences will no doubt be similar to those of the Bruce CFL concussion case. Just as with the NFL’s initial stance, the CFL has filed a Weber motion with the Supreme Court of British Columbia to the effect that this matter should be subject to the grievance and arbitration procedure of the Collective Agreement. In Weber v. Ontario Hydro, [1995] 2 S.C.R. 929, the Supreme Court of Canada held that an exclusive jurisdiction model to labour disputes should be adopted and that, “Under this approach, if the difference between the parties arises from the collective agreement, the claimant must proceed by arbitration and the courts have no power to entertain an action in respect of that dispute. The question in each case is whether the dispute, in its essential character, arises from the interpretation, application, administration or violation of the collective agreement.”

The Supreme Court of Canada subsequently clarified the principle of arbitral jurisdiction in Quebec (Commission des droits de la personne et des droits de la jeunesse) v. Quebec (Attorney General), [2004] 2 SCR 185, 2004 SCC 39 General) holding that: “Weber does not stand for the proposition that labour arbitrators always have exclusive jurisdiction in employer-union disputes. Depending on the legislation and the nature of the dispute, other tribunals may possess overlapping jurisdiction, concurrent jurisdiction, or themselves be endowed with exclusive jurisdiction.” The Supreme Court of British Columbia has yet to decide in the Bruce case if it should fall within the ambit of the collective agreement or not.

Dr. Tator’s defence in Bruce deserves some exploration in that it is unique that a leading neurologist be named in a concussion lawsuit. Dr. Tator’s position is three-pronged:

The creation of a duty of care from a physician to a professional football player through research findings published in a medical journal would, at the very least, be novel.

In the end, given their choice of profession, its occupational hazards and inherent risks, and the recent history of concussion litigation with the NFL, Banks and Allen have a steep hill to climb  in having the claim go to court, getting the class action certified, proving the CFL and Dr. Tator were negligent, and that they were unaware of the risks of brain injuries in professional football.