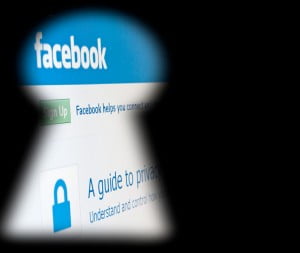 Most of us have heard of cyberbullying and the dreadful impact it has had on young people, even driving some of them to suicide. The incidence of bullying online is likely far greater than the average Canadian might expect. As a university professor, I (Bowal) receive menacing and profane emails from anonymous former students presumably unhappy about a course or grade, or perhaps one lecture.

It is easy to set up a free, bogus web-based alias email account and spew forth. A recent study showed that teachers as well as children are the victims of online bullying, with parents responsible for a quarter of the abuse. Forums, emails, blogs, social media, YouTube, complaint websites (such as ComplaintsBoard.com and PissedConsumer.com) and ratings websites (such as TripAdvisor) all provide channels for anonymous expression, and therefore for harassment and bullying of others with apparent impunity.

Brian Burke, the former general manager and president of the Toronto Maple Leafs, recently sued 18 anonymous online commentators, including online aliases such Ncognito, Slobberface and Sir Psycho Sexy. He is alleging defamation after they accused him of an extramarital affair with a named woman.

Most online commentary outlets require registration with a user name and password and agreement to their standards. In 2010, a Halifax weekly newspaper published an article about racism in the Halifax Regional Fire Service. This was followed by dozens of comments posted on the newspaper’s website. The Fire Chief and Deputy Chief were publicly accused of racism, cronyism and incompetence by seven anonymous commentators who hid behind names such as “The truth” and “in the know.” The two firemen said they could only defend themselves once they knew who the commentators were. In the 2010 case of Mosher v. Coast Publishing Ltd, the Nova Scotia Supreme Court ordered the newspaper and two Internet service providers to release the IP addresses and login information that could identify them. The seven commentators were unmasked and became defendants in a defamation suit.

Similarly, a New Brunswick judge ordered a Moncton newspaper to identify an anonymous commentator who allegedly defamed Daryl Doucette, another firefighter. Doucette had written a short Letter to the Editor favouring occasional high speeds for emergency vehicles. The commentator, under the name “Anonymous Anonymous,” made two posts on the newspaper’s online comment section that offended Doucette, calling him a “cowboy” of “goon mentality” who should lose his job. The identity of the poster was ordered disclosed.

Not all are firefighter cases. The President of York University in 2009 was accused of academic fraud in the appointment of a new dean, by an anonymous group of individual(s) identified as “York Faculty Concerned about the Future of York University” (“YFCFYU”) in several e-mails. The University obtained a court order against Google, since the email originated from a @gmail.com account, and Bell and Rogers to identify the individual(s) behind the email account.

What motivates cyberbullies to cruelty and harassment online may be their misguided sense of security in tormenting others from an anonymous, lawless realm sitting alone in front of their computers. They mistakenly believe that they cannot be traced and identified but, once they are identified, they are subject to the criminal and civil law that applies to that nasty, cowardly behaviour. This article describes the legal procedure to unmask the cyberbully for a civil remedy such as a restraining or no-contact order, or compensation on the basis of an intentional tort such as the intentional infliction of mental and emotional suffering or defamation.

In the early 1970s, Norwich Pharmacal believed a company was illegally manufacturing its product by infringing its patent abroad and then importing the counterfeit product into Britain. All Norwich could do was demand that the government Customs and Excise Commissioners identify the importers so Norwich could stop the illegal production and importation. Ultimately, the House of Lords ruled that where a person becomes involved in the wrongful acts of others, even innocently, that person has a legal duty to fully disclose the identity of the wrongdoer. Norwich Pharmacal Co. v. Commissioners of Customs & Excise, [1974] A.C. 133 (H.L.)

This eponymous Norwich order affirms a legal right to discover and identify wrongdoers and defendants before a lawsuit has been commenced. It is an order allowing one to discover some fact by compelling a third party (such as a newspaper or ISP) to reveal precise information prior to litigation. The Rules of Court in each province authorize the making of such an application. The application to the Queen’s Bench of Alberta is covered by Rule 5.2(1), which states that information may be ordered disclosed when the answer “could be reasonably expected to significantly help or determine one or more of the issues raised in the pleadings.” Other provinces’ rules are more specific, such as New Brunswick’s 32.12 where discovery is granted where “the applicant, having made reasonable inquiries, has been unable to identify the intended defendant.”

Norwich orders may be powerful tools to unmask the identity of anonymous abusive online bullies. It has been used in earlier cases such as Isofoton S.A. v. Toronto Dominion Bank, 2007 CANLII 14626 to prosecute bank fraud, or discover innocent individuals who may have unwittingly aided in bank fraud. The Insofoton case outlined five elements that should be considered by any court before granting a Norwich order:

The Norwich order is only a form of a subpoena. It does not itself prove any wrongdoing has occurred. It is a procedural device to allow someone with a prima facie claim to obtain more information about wrongdoing from a third party. It can be made ex parte, which is to say, without notice to and without submissions from the other side. Several such orders may be required – one from the online source upon which the communication and a second from the service provider.

We see that privacy is not an absolute right and court orders can, and frequent do, trump privacy rights to confidential information, even for personal financial records, and the unveiling of who did or said what, through third-party intermediaries. Norwich orders are often granted in conjunction with other similar litigation-affiliated equitable remedies: Mareva injunctions (to identify and locate assets), Anton Pillar orders (to identify and locate evidence for preservation) and Bankers’ Trust orders (to trace and preserve assets in which the wronged party has a proprietary interest).

The underlying principle is one of equity. Victims applying for the order have an equitable right to information. Third parties who even innocently, unknowingly assist in the carrying out of a wrong, such as a financial institution involved in the processing of an allegedly fraudulent transaction, or an ISP whose network publishes threats, harassment or defamation, has an equitable duty to assist the victim to pursuing his or her legal rights. Often these third parties will not voluntarily disclose the confidential information but neither will they oppose the Norwich order.

It is a discretionary and unusual remedy. The applicant for a Norwich order should demonstrate to the judge that the disclosure sought is necessary in order for a prospective action to proceed, although one does not have to guarantee a lawsuit will follow from the disclosure. There are several cases where the identifying information is obtained and the victim settles with, imposes other forms of discipline (such as at work) or merely warns the perpetrator, without launching a formal lawsuit.

The Internet, and now Web 2.0, allows for unlimited instantaneous and free online interaction between users, but it is also a new platform and pulpit for the bully in anonymity. We know, for example, posters to online forums usually post under a pseudonym which may decrease their sense of accountability. The online realm is an immediately and dangerously public place. Anonymous email or Facebook accounts, for example, are easily created within minutes. They can be used to threaten the security of others or destroy reputations with posted pictures and videos. Reputations and lives can be injured by bullies faster on the Internet and social media than through any other medium. Malicious Internet behaviour should be penalized and deterred before it leads to tragic consequences.

Hansen Wong earned a Bachelor of Commerce from the Haskayne School of Business and is currently a law student at the University of Calgary.