A Website of The Centre for Public Legal Education Alberta
You are here: Home / Special Report / 43-6: Freedom of Speech / When Can the Right to Freedom of Expression be Curtailed?
Reading Time: 6 minutes 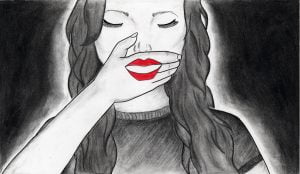 Article 19 of the Universal Declaration of Human Rights states that:

Everyone has the right to freedom of opinion and expression; this right includes freedom to hold opinions without interference and to seek, receive and impart information and ideas through any media and regardless of frontiers.

Article 19 of the International Covenant on Civil and Political Rights (ICCPR) has similar terms on freedom of expression.

The incorporation of section 1 in the Charter proves that freedom of expression, which is a basic right, may be limited when its exercise causes harm to the public interest or the rights of others.Freedom of expression is also protected in article 10 of the European Convention on Human Rights (ECHR), article 13 of the American Convention on Human Rights and article 9 of the African Charter on Human and Peoples’ Rights.

Under international law, Canada is compelled to protect the freedom of expression of its citizens. Section 2(b) of the Canadian Charter of Rights and Freedoms (the Charter) protects “freedom of thought, belief, opinion and expression, including freedom of the press and other media of communication”. Freedom of speech is also stated as a human right and fundamental freedom in the Canadian Bill of Rights, sections 1(d) and (f).

However, article 19(3) of the ICCPR allows certain restrictions on freedom of expression:

The exercise of the rights provided for in paragraph 2 of this article carries with it special duties and responsibilities. It may therefore be subject to certain restrictions, but these shall only be such as are provided by law and are necessary:

(a) For respect of the rights or reputations of others;

(b) For the protection of national security or of public order (ordre public), or of public health or morals.

In addition, article 20(2) of the ICCPR requires states to prohibit “advocacy of national, racial or religious hatred that constitutes incitement to discrimination, hostility or violence”. Thus, many countries – including Canada – have enacted laws that limit certain types of expression, including speech that incites violence and hatred:

In Canada, freedom of expression is fundamental but not absolute, particularly when there are legitimate pressing and substantial concerns that may justify its inhibition. The meaning of a right or freedom guaranteed by the Charter must be understood in the light of the interests it was meant to protect. When words intend to inflict harm to others, especially those belonging to minority groups, it is obvious that hate speech is incompatible to the purposive spirit of the Charter. (See: Pyeng Hwa Kang, Constitutional Treatment of Hate Speech and Freedom of Expression: a Canada – U.S. perspective at para 13.)

The Supreme Court of Canada has acknowledged that:

[T]he Charter’s guarantee of freedom of expression is not absolute. It has upheld restrictions on forms of expression that it has deemed to run contrary to the spirit of the Charter, such as hate speech, given that the purpose of such expression is to prevent the free exercise of another group’s rights. (See: Julian Walker, Hate Speech and Freedom of Expression: Legal Boundaries in Canada at p 3 [Julian Walker].)

In fact, section 1 of the Charter provides that the rights and freedoms guaranteed by the Charter are subject to such reasonable limits prescribed by law as can be demonstrably justified in a free and democratic society. Therefore, if a violation – by the government or other institution – of the Charter takes place, the courts have to decide whether this violation has a rationale. In order to do so, the courts have to look into the objectives and actions of the government or other institution against the interests of the individual who is claiming the violation. Under section 52 of the Constitution, a law may be found to be unconstitutional and declared invalid, or may be found to be constitutional, and a person’s Charter right may therefore be restricted by it (Julian Walker at p 3).

“In Canada, freedom of expression is fundamental but not absolute, particularly when there are legitimate pressing and substantial concerns that may justify its inhibition.” The incorporation of section 1 in the Charter proves that freedom of expression, which is a basic right, may be limited when its exercise causes harm to the public interest or the rights of others.

Freedom of expression has been restricted by anti-hate laws in order to prevent hate propaganda. Their purpose is to regulate the publication and public expression of messages aspired to encourage hatred towards members of particular groups. Sections 318 and 319 of the Criminal Code deal with hate in Canada and impose criminal sanctions against anyone who wilfully promotes genocide or incites hatred in public.

Section 320(8) of the Criminal Code defines hate propaganda as: “any writing, sign or visible representation that advocates or promotes genocide or the communication of which by any person would constitute an offence under section 319.” Richard Moon notes:

[Sections 318 and 319 prohibit] the advocacy or promotion of genocide, the incitement of hatred against an identifiable group, when this incitement is likely to lead to a breach of the peace, and the wilful promotion of hatred against an identifiable group. Investigations into allegations of hate speech under the Criminal Code are conducted by the police. If an individual is charged with one of these offences, his or her trial will be conducted in a court of law. To be convicted under any of these offences, the accused must be shown to have committed the relevant act and to have done so either intentionally or with knowledge or awareness of the nature of her/his actions. If found by the court to have committed the offence, he or she may be sentenced to a fine or a term of imprisonment. … [Section 320(1)] enables a court to order the seizure … of material that the court determines to be “hate propaganda.” (See: Richard Moon, Report to the Canadian Human Rights Commission Concerning Section 13 of the Canadian Human Rights Act and the Regulation of Hate Speech on the Internet at p 3.)

In addition, section 319 demands the approval of the Attorney General in order to lay charges, something that very few other sections require. That shows that freedom of expression is a crucial part of any free and democratic society.

Section 2(b) of the Canadian Charter of Rights and Freedoms (the Charter) protects “freedom of thought, belief, opinion and expression, including freedom of the press and other media of communication”.The Supreme Court of Canada has found that many anti-hate propaganda laws infringe the right to free expression, but according to the Court, they were justifiable under section 1 of the Charter. The Court has found that “the harm caused by hate propaganda is not in keeping with the aspirations to freedom of expression or the values of equality and multiculturalism contained in sections 15 and 27 of the Charter” (Julian Walker at p 2).

Currently every human rights law in Canada, with the exception of Yukon’s Human Rights Act, contains provisions that prohibit in some form the publication of messages that intend to discriminate, or that incite others to discriminate, based on certain prohibited grounds.

These laws indicate that freedom of expression cannot be absolute—even in countries such as the United States, where freedom of speech is most widely protected. Communicating opinions and thoughts is managed by law in order to have a balance between free speech and the protection of minority and vulnerable groups. Abusing freedom of expression in order to humiliate these groups is rejected in Canada and other free and democratic societies.