A Website of The Centre for Public Legal Education Alberta
You are here: Home / Archives for refugees 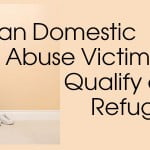 Rachidi Ezokola worked for eight years for the government of the Democratic Republic of Congo, four of them as a UN diplomat.  He moved to Montreal in 2008 with his wife and eight children and asked for refugee status, claiming that he had received death threats from Congolese intelligence agents. … END_OF_DOCUMENT_TOKEN_TO_BE_REPLACED 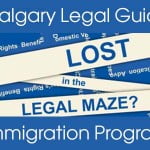 Navigating the complex web of immigration laws in Canada can be a challenging task for even the most seasoned legal counsel. Now imagine trying to steer through these complex processes alone, after arriving in a foreign country with little money and limited English skills. With cuts to Legal Aid, … END_OF_DOCUMENT_TOKEN_TO_BE_REPLACED