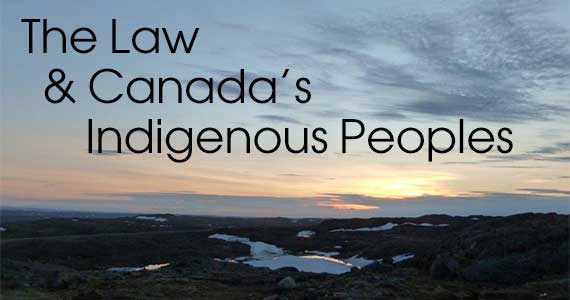 The Inuit live in Canada, Greenland, Russia, Denmark, and Alaska. They are a proud Indigenous people who have been living in the Arctic since time immemorial.

Inuit Rights to the Arctic

Where others might see empty space, we see our traditional homeland, the inheritance we will leave for our children.

An Introduction to Inuit Rights and Arctic Sovereignty

What cannot be forgotten in the focus on State sovereignty over the Arctic are the rights of the Indigenous peoples.

A Circumpolar Inuit Declaration on Sovereignty in the Arctic

This document is a fascinating look at the history, perspectives and aspirations of the Inuit people.

The Indian Act: Can it Be Abolished?

Whatever its limitations, the Indian Act is hardly that of 1876.  But modern  proposals for change seem always to fail.

Canadian judges must sometimes make heart-wrenching decisions  about children, medical care and even the removal of life support.

Essential Services and the Right to Strike

To workers in jobs classified as essential, the right to strike might seem essential!

A Judge Balances Controversy with Compassion

A Nova Scotia judge reached out to the families of the murdered and the murderer to address their pain.